Actor Gary Dourdan is being forced to take drastic action to save the woman he loves in the newly released trailer and poster for the upcoming action movie, ‘Redemption Day.’ The drama’s assets have been unveiled in support of its upcoming theatrical distribution on January 8, 2021 and subsequent release On Demand and Digital on January 12, 2021, courtesy of Saban Films.

‘Redemption Day’ was co-written by Sam Chouia and Hicham Hajji, the latter of whom also directed and produced the movie. In addition to Dourdan, the drama also stars Serinda Swan, Martin Donovan, Ernie Hudson, Samy Naceri and Andy Garcia.

Saban Films has the following synopsis for ‘Redemption Day’:

Having just returned home, decorated U.S. Marine Captain Brad Paxton’s (Dourdan) wife, Kate (Swan), is kidnapped by a terrorist group while working in Morocco. He is forced back into action for a daring and deadly operation to save the woman he loves. 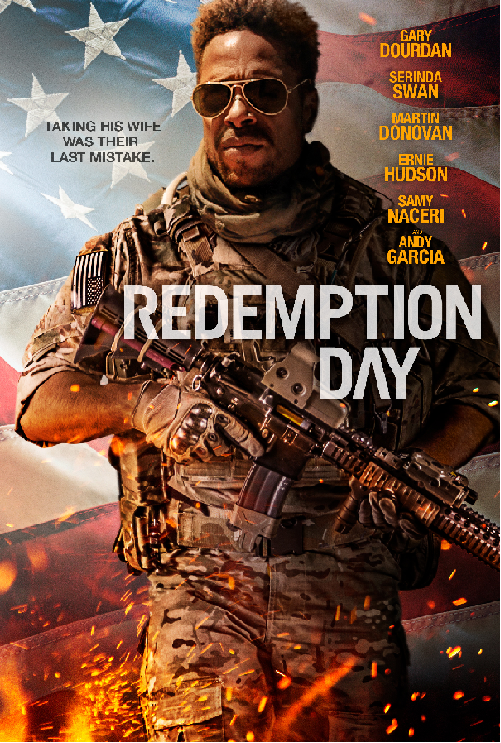