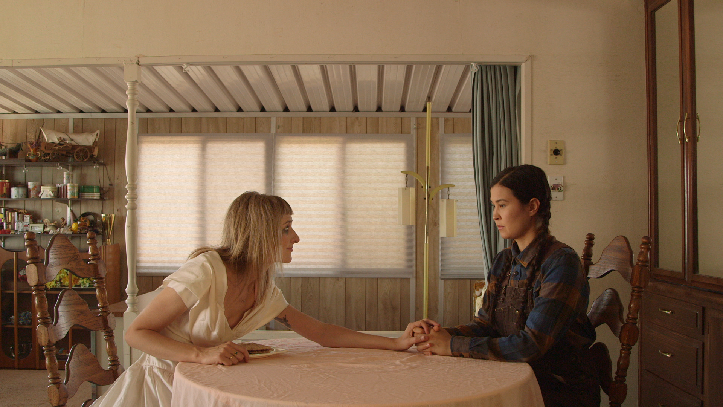 Creating an on screen farcical love letter to a meaningful friendship can often be a cathartic relationship for many filmmakers who work with their closest companions. That’s certainly the case for up-and-coming auteurs, Alexandra Kotcheff and Hannah Leder, who made their feature film written, directorial and producing debuts with the new dark comedy, ‘The Planters.’ The longtime friends also star as the main characters in the movie, which focuses on a group of isolated, lonely people who find connection and meaning through one another.

With the film focusing on how friends can depend on each other for support in times of isolation, Kotcheff and Leder felt this year was the perfect time to release this type of story, as COVID-19 has limited how people can interact, and the way movies are made and distributed. The duo shot ‘The Planters’ for 127 days entirely without an on-set crew and in relative isolation, except for trips they took to local stores when they needed to stock up on supplies for their lengthy drives to their remote desert locations. Besides helming and producing the comedy, the filmmakers assumed all on-set roles, including but not limited to cinematography, production design, costumes, and hair and make-up.

‘The Planters’ follows Martha Plant (Kotcheff), an awkward telemarketer who’s down on her luck. She’s not successful at her job, and grieving her recently deceased parents. When she finds unlikely friendship in Sadie Mayflower (Leder), a bubbly vagrant with multiple personalities, Martha discovers that having three friends in one may be more than she bargained for in her journey to improve her life.

In honor of the comedy’s distribution, ShockYa is premiering an exclusive clip from the feature. In the clip, Sadie and Martha are eating peanut butter and jelly sandwiches with Richard, who’s played by Phil Parolisi. Sadie asks Martha what inspired her to put peanut butter and jelly together on bread, to which Martha replies it was an accident. Sadie responds that moments of spontaneity are magical, which leaves Richard weeping.

Also in support of ‘The Planters’ release, Kotcheff and Leder generously took the time recently to talk about co-writing, directing, producing and starring in the film during an exclusive video interview over Zoom. Among other things, the filmmakers discussed what inspired them to take on nearly all aspects of working on the movie, both in front of, and behind, the camera. They also divulged what the experience of shooting in remote locations was like during the production, and how the locations helped them truly bond during such a unique filming process.