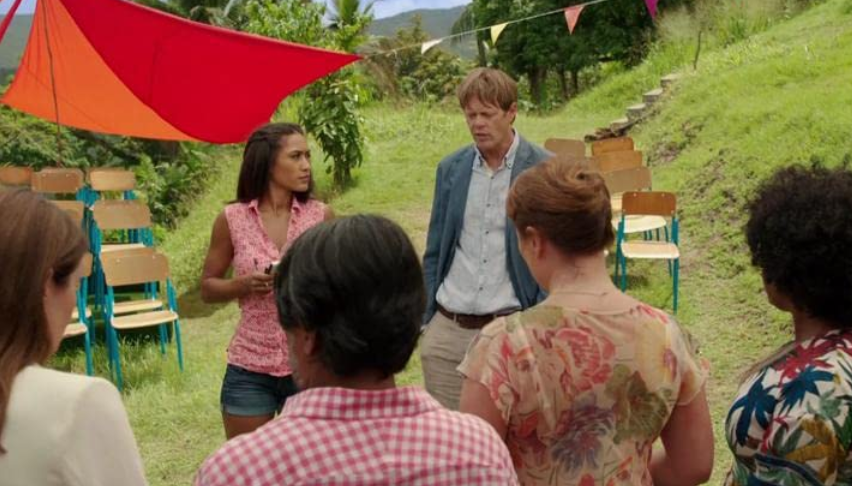 Joséphine Jobert and Kris Marshall star on the ‘The Secret of the Flame Tree’ episode of the British-French crime drama television series, ‘Death in Paradise.’

New episodes of the long-running series originally air on the BBC One network. Repeats of the hit drama are currently airing on the Drama channel on Filmon TV. The latest episode to air on Filmon can be streamed this afternoon at 4-5:20pm local time. It can be watched live, or recorded and watched at a later time.

Episode two of Series 6 of ‘Death in Paradise’ is titled ‘The Secret of the Flame Tree,’ and was written by Kelly Jones, and directed by Jermain Julien. The episode follows DS Florence Cassell (Joséphine Jobert) as she becomes emotionally involved in a case when one of her former schoolmates is found dead at the foot of a cliff.