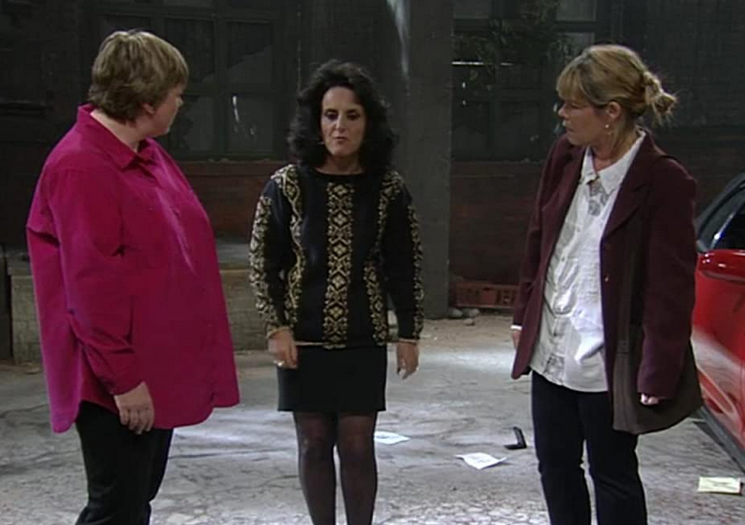 Lesley Joseph, Pauline Quirke and Linda Robson star on the ‘Sunday’ episode of the British sitcom, ‘Birds of a Feather.’

Repeats of ‘Birds of a Feather’ are now being broadcast on the Drama channel on Filmon TV. The latest episode to air on Filmon can be streamed tonight at 10:20-11:00pm local time. It can be watched live, or recorded and watched at a later time.

The third episode of Series 9 of ‘Birds of a Feather,’ which is titled ‘Sunday,’ was written by Geoff Rowley, and directed by Terry Kinane and Hugh Thomas. The episode follows the girls as they visit an antiques market while they’re in pursuit of a wedding present for Garth.