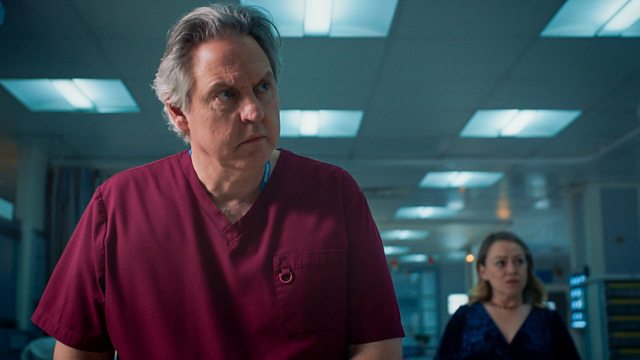 A scene from the 32nd episode of Series 22 of the BBC One medical drama, ‘Holby City.’

Episode 32 of Series 22 of ‘Holby City’ was written by Katie Douglas, and directed by Amy Rodriguez. The episode follows Sacha (Bob Barrett) as he buries his head in the sand when Beka (Francesca Barrett) becomes sick on New Year’s Eve. He must figure out the truth about her illness before it’s too late.

Cancel reply
Lesley Joseph, Pauline Quirke and Linda Robson Visit an Antiques on Birds of a Feather
Actress Kimie Muroya is Inspired to Improve Her Health in Antarctica Exclusive Clip
To Top