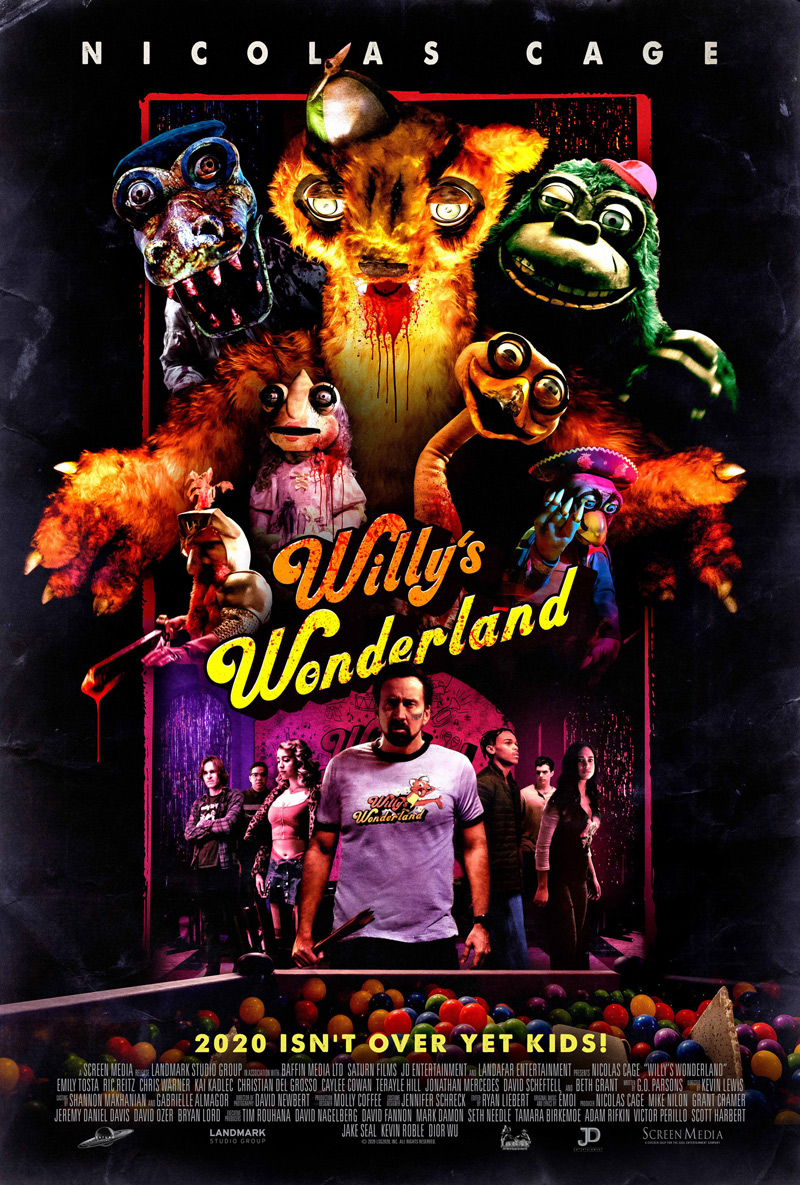 Nicolas Cage is no stranger to fighting out-of-this-world monsters in an effort to save his life. The Academy Award-winning actor is once again sent on a course of combat to protect himself from evil in his new horror film, ‘Willy’s Wonderland.’

Cage’s struggle for survival is showcased in the newly released official trailer for the thriller, which has just been unveiled by its distributor, Screen Media. The trailer for ‘Willy’s Wonderland’ has been unveiled in support of the movie’s upcoming release in theaters and on digital and on VOD on February 12 by Screen Media.

Screen Media has released the following synopsis for ‘Willy’s Wonderland’:

A quiet loner (Cage) finds himself stranded in a remote town when his car breaks down. Unable to pay for the repairs he needs, he agrees to spend the night cleaning Willy’s Wonderland, an abandoned family fun center. But this wonderland has a dark secret that “The Janitor” is about to discover. He soon finds himself trapped inside Willy’s and locked in an epic battle with the possessed animatronic mascots that roam the halls. To survive, he must fight his way through each of them.