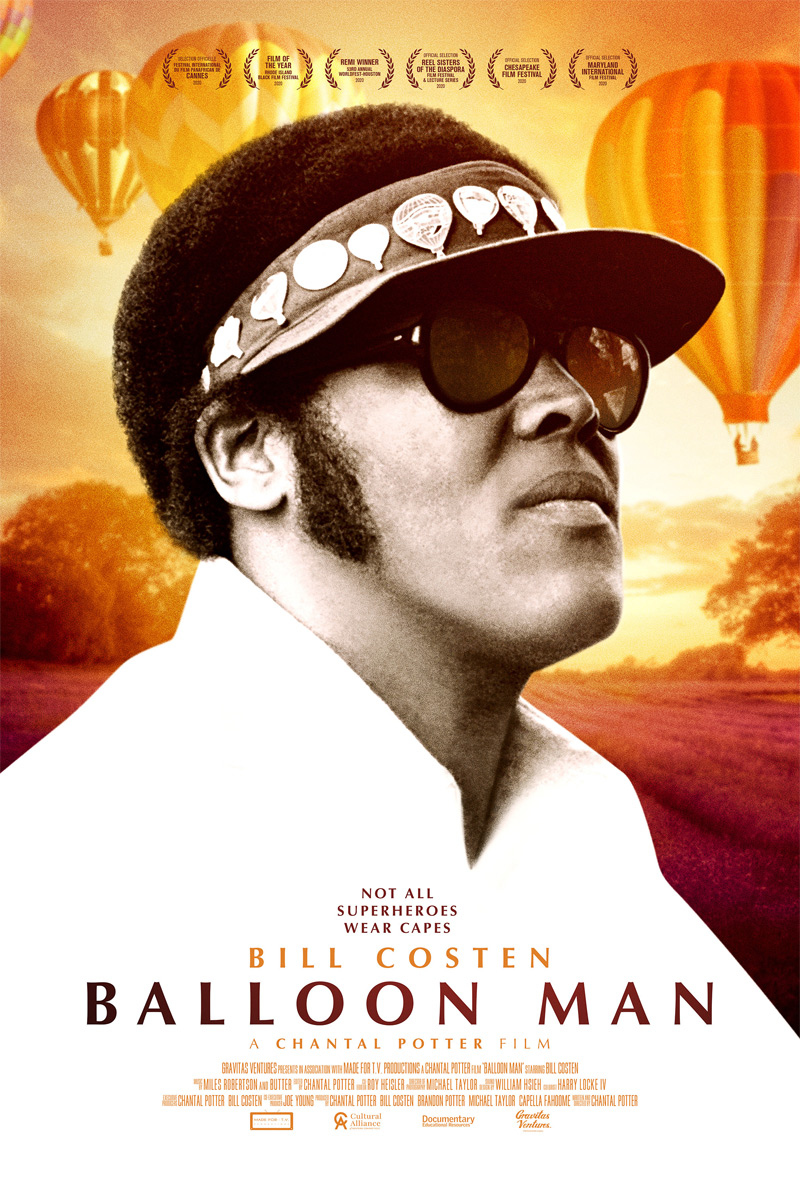 Having the definitive power to engage, influence and inspire the world, especially during such challenging times as the present during the COVID-19 pandemic, is a natural and noteworthy gift that not many filmmakers possess. But first-time documentarian, Chantal Potter, did just that with her with her upcoming movie, ‘Balloon Man.’ In her writing, directorial, executive producing and editing debut, she effortlessly delves deep into a meaningful message that relates to all of humanity: while it remains an anomaly why things happen the way they do, it’s essential to let nature take its course and enjoy the ride.

The film offers an intimate look into the life of, and serves as an accolade to, her father, Bill Costen, a former NFL athlete who learned to navigate through the clouds after he finished his football career. ‘Balloon Man,’ which was co-edited by Roy Heisler, explores the loves of Costen’s life: family, sports and history.

Gravitas Ventures is set to release the documentary on VOD on Tuesday, February 2. The movie’s official distribution comes after it was an official selection at such film festivals as The Cannes International Pan African Film Festival and The Rhode Island Black Film Festival.

‘Balloon Man’ showcases how from unearthing inspiration through meeting MLK Jr. himself, to leveling the playing field with former NFL players like OJ Simpson, Costen’s life has been nothing short of fascinating. After saying goodbye to a career on the turf, Costen took to the air, and became the first African American Hot-Air Balloon Master Pilot in the world. Throughout his life, he has remained an inspirational figure, as he’s committed to the collection and education of Black history, and brings his infectious optimism to every situation. In addition to Costen, who also served as an executive producer, the documentary also features Joseph “Joe” Kittinger Jr., John Beasley and Robert “Bob” Walingunda.

Potter and Costen generously took the time recently to talk about directing, producing and co-editing ‘Balloon Man’ during an exclusive video interview over Zoom. Among other things, the filmmakers discussed why Potter was inspired to make her feature film helming debut on the movie, and explore her father’s journey of becoming the world’s first African American Hot-Air Balloon Master Pilot on screen. The duo also discussed what their experience of serving as executive producers together was like, and the process of securing the interviews that are included in the documentary.

Watch our exclusive video interview with Potter and Costen above, and the official trailer for ‘Balloon Man’ below.