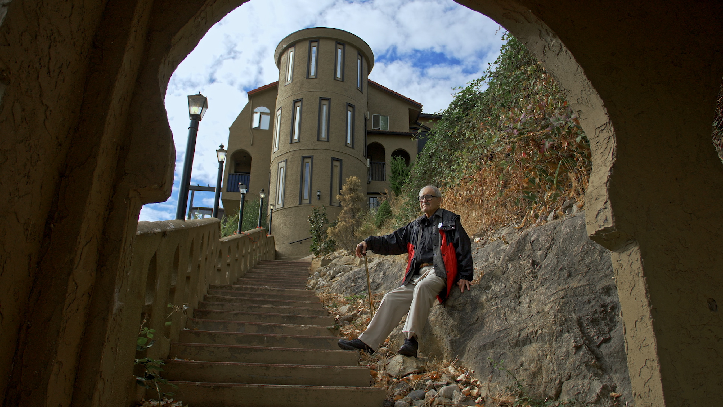 Not putting any boundaries on their dreams is often considered to be a positive attitude for many people. But when someone puts their fellow residents’ lives in danger in order to achieve their own personal goal, their ambition can lead to adverse effects. That’s certainly the case for Eddy Haymour, the title entrepreneur of the new documentary, ‘Eddy’s Kingdom.’

The award-winning film will be available to rent and own on U.S. digital HD internet, cable and satellite platforms on Tuesday, January 26, courtesy of Gravitas Ventures. In honor of the movie’s upcoming release, ShockYa is exclusively premiering its official trailer.

‘Eddy’s Kingdom’ showcases how Eddy Haymour’s obsessive, life-long dream of turning his Okanagan Lake island into a Middle Eastern–themed amusement park led to a spiraling path of legal turmoil and financial ruin. He started to believe that the government in British Columbia, Canada, where the island is located, unjustly took the property from him after he started working on the project in the early 1970s. So he took drastic measures to regain his ownership, including taking hostages and plotting bomb attacks, but not of his drastic measures have led to him regaining his former island.

“There are no villains in this story; there are no heroes. This is a bizarre tale centered around a multifaceted man – a hostage taker, father and psychiatric patient – and the audience is right in the middle of it. I wanted to activate the audience to pass judgement on a conflicting man and his actions,” Crompton has said about the film.