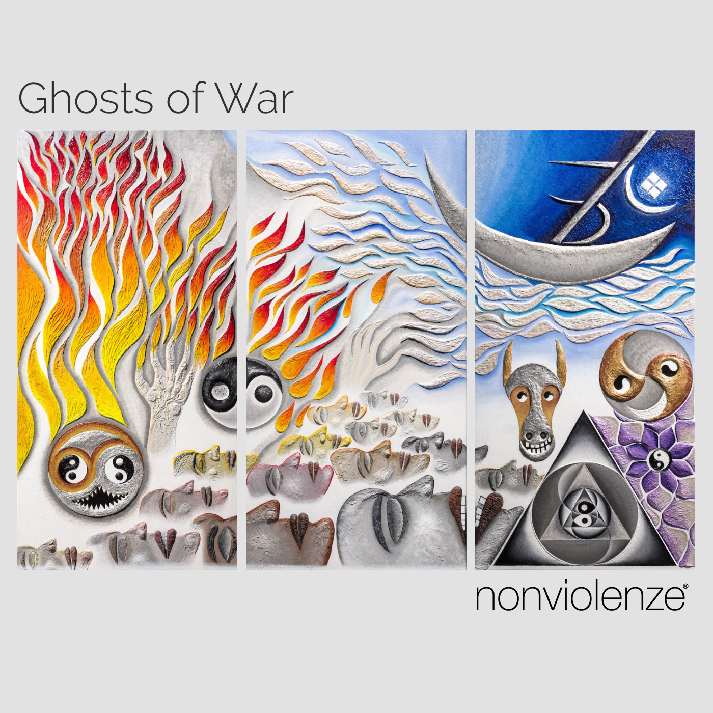 The cover art for singer-songwriter Nonviolenze’s pop-rock album, ‘Ghosts of War,’ which features the song, ‘Mirror.’

Self-reflection has been one of the most vital emotional journeys that people have embarked on this past year during the COVID-19 pandemic. Singer songwriter Shri Baratan, who uses the solo moniker of Nonviolenze to promote his music, is powerfully exploring humanity’s imperfections in his new soft rock single, ‘Mirror.’ The Houston-based guitarist is advising his listeners to look in the mirror and ponder how their emotions have both positively and negatively impacted them during difficult times.

Baratan unveiled the stellar new music video for ‘Mirror,’ which appears on his recently released, ambitious debut album, ‘Ghosts of War,’ today. Like its fellow eight entries on the record, the contemporary, folk-blues rock track draws listeners into a journey of new psychological frontiers. The tune also features a a unique blend of vocal ranges that are guided by riveting acoustic and electric tones on the guitar, which the instrumentalist plays with a mesmerizing gusto and vivid rhythm. The equally enthralling tempos and intriguing sound-effects also allow each verse to seamlessly flow together.

‘Mirror’s music video features Baratan wearing a white shirt and black jacket as he powerfully plays his guitar in front of an intricate piece of mirror art. Through various close ups and wide shots, the singer emotionally croons how when people embark on a quest to truly understand who they truly are, the mirror that’s capturing their image reflects both their positive and negative attributes. His emotional exploration into all aspects of peoples’ personalities is highlighted in the video’s intriguing contrast of light and dark colors through his clothes, guitar and the mirror behind him.

The musician’s latest single and its accompanying video stunningly emphasize his belief that people should strive to learn about, and improve, themselves, both as individuals and a society. Through his unique blend of vocal ranges that are supported by stunning rhythms and tempos on the guitar, ‘Mirror’ and is accompanying video are some of the most socially aware, timely and important pieces of art that have been released during the COVID-19 pandemic.