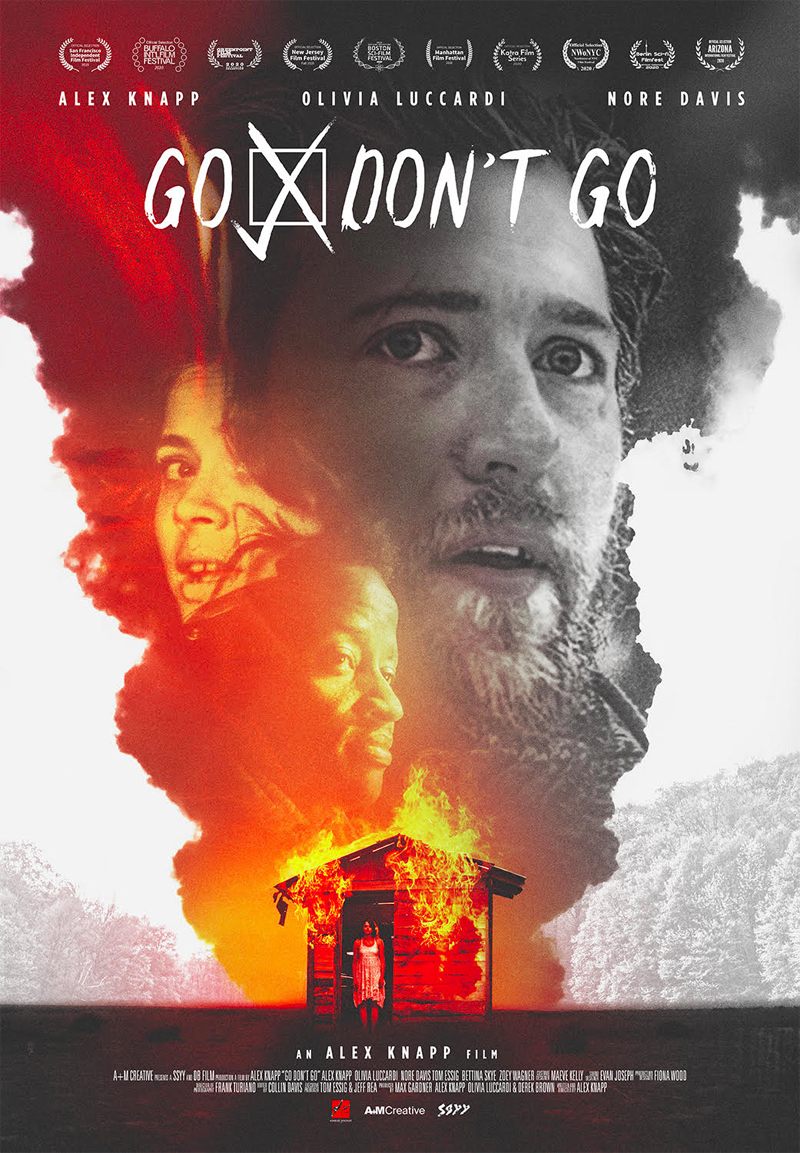 Sometimes the seemingly most unrealistic post-apocalyptic stories end up becoming the most relatable to the entire world. That’s certainly the case with the new psychological thriller, ‘Go/Don’t Go,’ which features a cataclysm that will take viewers on a journey of pondering how a natural catastrophic event can leave the entire world feeling desolate.

Set after an unknown cataclysm, ‘Go/Don’t Go’ follows Adam (Knapp), who’s alone in his neighborhood and believes he’s the sole inhabitant of a vacant, unchanged world. While attempting to stay grounded in the desolate landscape, visions come to him, including of the fateful night his best friend, Kyle (Davis), introduced him to the love of his life, K (Luccardi).

Knapp and Luccardi generously took the time recently to talk about writing, directing, producing and starring in ‘Go/Don’t Go’ during an exclusive video interview over Zoom. Among other things, the filmmakers discussed what Knapp’s inspiration was for penning the thriller, what his experience was like of making his feature film helming debut, how he built his bond with Luccardi as co-stars and producers, and the experience of shooting the movie in the actress’ hometown in Upstate New York.

Watch our exclusive video interview with Knapp and Luccardi above, and the official trailer for ‘Go/Don’t Go’ below.