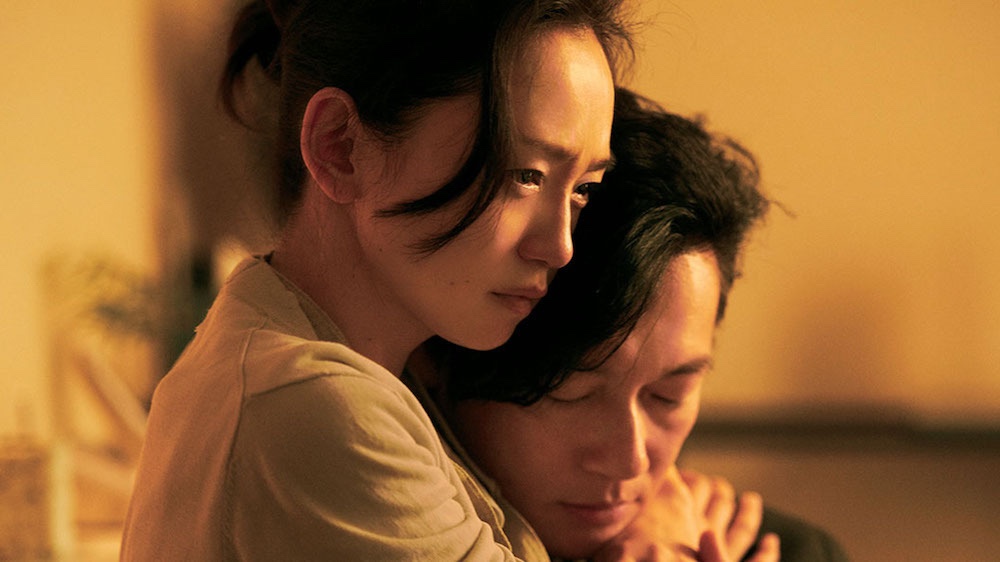 Well known for her film “Hikari,” about a film writer for the visually impaired who meets a photographer who is losing his eyesight, director Naomi Kawase continues on a similar lyrical vein with “True Mothers.” This drama, which relies largely on displays of the emotions of its characters, is framed throughout by a setting in Japan that gives the area an idyllic look. Those who consider Japan to be a nation of ultra-polite people, the angle of whose bows reflecting the differences between the people they are greeting, will not be disarmed. There is a sense of order throughout. Even the wrenching features on the principal characters never get overblown as they might be, were this am American melodrama or soap opera. Instead, “True Mothers” is a lovely take on the subject of motherhood that could feel just right no matter where you live. The care and focus of women on their children is universal.

Editors Tina Baz and Yôichi Shibuya’s mixture of time, flashing back and leaping forward to display meetings of people and then explaining how they got there, can be confusing. There should have been no problem dealing with the story in chronological order. This deliberately paced dramatization is predictable at first, but has its share of twists which ultimately leaves the two woman in principal focus trying to work out their problems.

The tension develops when Kiyokazu (Arata Iura) tells his wife Satoko (Hiromi Nagasaku) that he is unable to have a baby because his semen does not carry the requisite amount of sperm. The surgery he is offered—to undergo a painful extraction of sperm directly from his testicles—could be a setup for an American broad comedy, but is here taken as just another of life’s sad situations. After refusing her husband’s suggestion that they file for divorce, they visit “Baby Baton,” an organization founded by Mrs. Asami (Miyoko Asada), which pairs birth mothers who cannot raise their babies with couples who are ready to adopt. Through that group they become adoptive parents of Asato (Reo Sato), who we see when he is preparing to enter kindergarten.

You can imagine Satoko and Kiyokazu’s surprise when Hikari (Aju Makita), the teen-aged birth mother turns up, demanding the return of her boy, although money instead would be fine. As for why money is so important, Kawase switches us to Hikari’s story, which takes on the more interesting half of the film. When the fourteen-year-old is approached by her classmate Takumi (Taketo Tanaka), who asks whether she would go out with him, her response, “What does ‘go out’ mean”? turns out to be more than his reply “to go to movies.” The two are quickly infatuated, nature takes its course, and Hikari finds herself pregnant. (She did not have a clue since at her age she had not developed menarche.) Takumi takes off, and Hikari’s family send her off to the home for unwed mothers as her pregnancy, being over 24 weeks, is too late for an abortion.

Hikari gains some maturity through her relationship with her roommate, Tomoka, a sex worker, who takes away some of Hikari’s innocence with a facial makeup—which makes her unrecognizable to the young boy’s step-parents who believe that she is not the biological mother but a scammer. By the final frame, we in the audience come away with a sense that there are two heroes in the story: the self-sacrificing Satoko and the teen Hikari; and some villains, namely Hikari’s prejudicial parents and the spineless father of Hikari’s baby. Call this a women-empowerment movie if you wish, but most of all, this is a soulful treatment of a situation into which many an altogether-too-young woman has a baby that she lacks the time and maturity to care for but who rise deliberately to the occasion.

“True Mothers” is Japan’s submission to the 93rd Academy Awards. In Japanese with English subtitles.