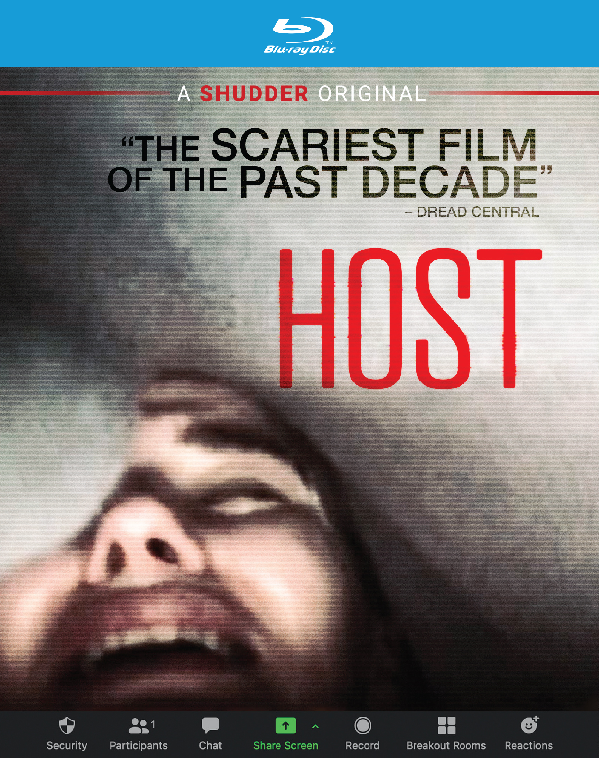 Technology has been an important tool in helping people connect with each other this year during the COVID-19 pandemic. But such videotelephony software as Zoom can also link people together with something they never wanted to be associated with in their lives. A group of six friends are quickly learning the hard way that even if they can’t be with their friends in person during lockdown, they can still bridge the human world with the supernatural dimension through the internet in the horror movie, ‘Host.’

RLJE Films is set to release the computer screen drama next Tuesday, February 2 on Blu-ray and DVD. ‘Host’ will be sold on Blu-ray for an SRP of $14.98, and on DVD for an SRP of $12.98. The discs will include several special features, including: ‘Behind-the-Scenes of ‘Host,’ ‘Bloody Disgusting Presents ‘The Boo Crew Podcast: ‘Host’ Episode’ and ‘Séance with the Cast of ‘Host’ and Crew of /Film.’

In honor of ‘Host’s disc release, ShockYa is offering two lucky winners a Blu-ray of the movie. To enter, email us at ShockyaGiveaway@aol.com. Let us know that you’re entering to win the ‘Host’ Blu-ray giveaway in the email’s subject line, and include your mailing address in the message. You have until Tuesday, February 2, the day of the discs’ distribution, to enter, and you can enter the contest once daily. On February 2, we’ll pick the winners at random, and notify them through email. Good luck!

‘Host’ was shot remotely during quarantine, and all of the scenes were filmed by the actors in their own homes. The found footage film was commissioned, written, produced and originally distributed in under three months, during the beginning of lockdown, as it was initially released on July 30 as a Shudder exclusive.

RLJE Films has unveiled the following synopsis for ‘Host’:

Six friends hire a medium to conduct a séance during lockdown for their weekly Zoom call. Jemma (Moore) decides to pull a prank and makes up a story about a boy she knew in high school who hanged himself. By doing this, Jemma inadvertently invites a demonic presence to cross over. Soon the friends begin noticing strange occurrences in their homes as the evil spirit begins to make itself known, and they all realize this night may be their last.