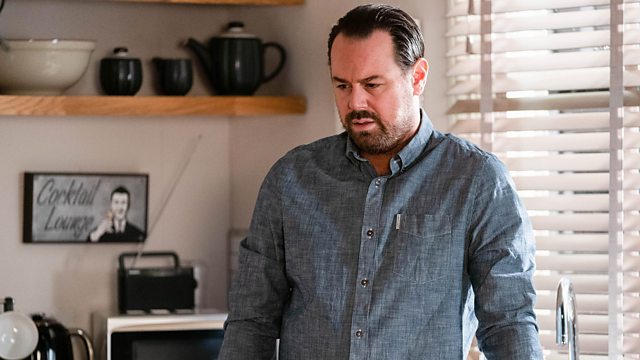 The critically acclaimed show is also being broadcast on the network’s channel on Filmon TV. (Note that the BBC One channel is only available to viewers in the UK, and to international viewers who have a paid subscription.) The latest episode to air on Filmon can be streamed this afternoon at 2:35-2:50pm local time. It can be watched live, or recorded and watched at a later time.

Today’s episode of ‘EastEnders’ was written by Richard Davidson, and directed by Sean Healy. It follows a close call for Honey and Jay (Emma Barton and Jamie Borthwick), which leads them to a big decision. Meanwhile, a desperate Kathy (Simone Lahbib) pushes Sharon (Letitia Dean) for more answers.

Cancel reply
Actress Jemma Moore and Her Friends Connect with Spirits Over Zoom in Host Blu-ray Giveaway
Kate Amundsen is Learning That it’s Never too Late to Dream in Donna: Stronger Than Pretty Official Trailer
To Top