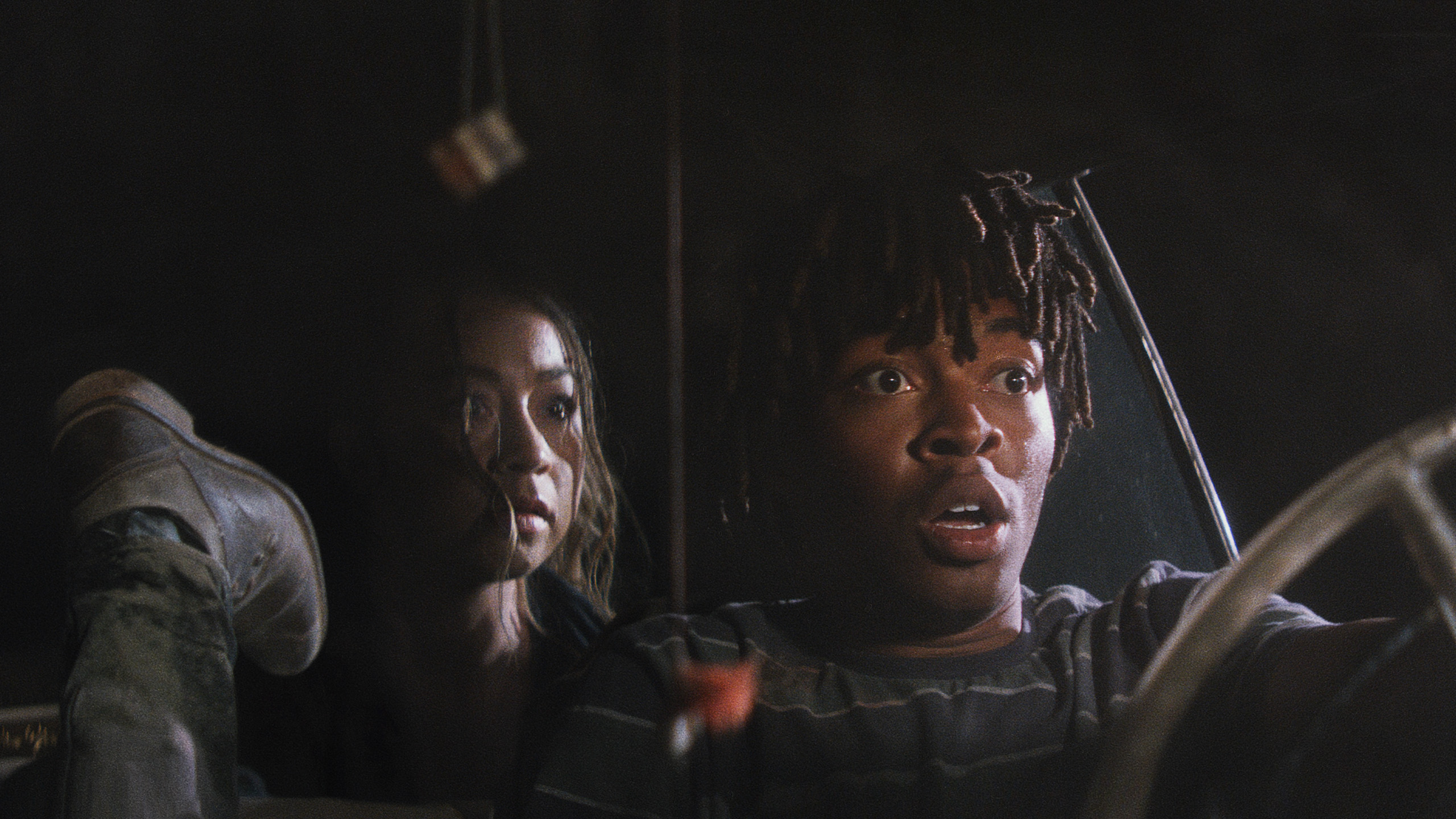 Tyson Brown and Shelby Duclos star in ‘First Date’ by Manuel Crosby and Darren Knapp, an official selection of the NEXT section at the 2021 Sundance Film Festival. Courtesy of Sundance Institute.

Crafting a multi-layered thrill ride that’s driven by both dramatic emotion and fun entertainment, and appeals to both modern movie fans and nostalgic cinephiles, can be a challenge for many filmmakers. But up-and-coming movie auteurs, Manuel Crosby and Darren Knapp, created an equally amusing and suspenseful ensemble-driven crime comedy that’s reminiscent of the projects that have been created by some of their favorite filmmakers, including Quentin Tarantino and the Coen brothers, in their debut feature, ‘First Date.’

Crosby and Knapp made their feature film writing and directorial debuts on the movie, and were also producers. The former also served as the cinematographer, composer editor on the mystery comedy during its production. Through their collaboration, they succeeded in their goal of making an independent film that has a kinship to many of their favorite movies from the 1990s and early 2000s, but still feels contemporary. As a result, ‘First Date’ is driven by a unique blend of classic and youthful energy that’s rooted in comedy, suspense, romance and action.

‘First Date’ follows Mike (Tyson Brown), a high school student who has a crush on one of his classmates and neighbors, Kelsey (Shelby Duclos). He finally summons the courage to ask her out on a date, which she surprisingly accepts, but he then faces a last-minute, unexpected dilemma: his parents take the family car for a weekend trip.

Determined to still find a way to take Kelsey out, Mike borrows money to buy a car, but unsuspectingly gets tricked into buying a clunker ’65 Chrysler. After later discovering that the car has been involved in illegal activities and is linked to a drug dealer, Mike swiftly descends into a surreal misadventure that finds him inexplicably targeted by a pair of police officers, a criminal gang and a vengeful cat lady, which leads to an inevitable showdown between them all.

The comedy had its virtual world premiere this past Sunday night, January 31, in the NEXT section at the 2021 Sundance Film Festival. It will have its second screening this morning, February 3, at 8am MT.

Crosby, Knapp, Brown and Duclos generously took the time recently to talk about writing, directing, producing and starring in ‘First Date’ during an exclusive interview over Zoom. Among other things, the filmmakers, actor and actress discussed what the scribing and helming collaboration between Crosby and Knapp was like during the production; why Brown and Duclos were inspired to play Mike and Kelsey, and what their rehearsal process was like as they worked together to build the relationship between their characters; how the performers approached creating their physicalities for the action sequences that were shot on location in Valley Springs, California; and what it meant to them that the comedy is playing at the Sundance Film Festival.

Watch our exclusive video interview with Crosby, Knapp, Brown and Duclos about ‘First Date’ above.