Fully accepting their true identity can be an awkward, confusing time for many adolescents, as they strive to find acceptance for who they really are not only by society, but also within themselves. That’s certainly the case for both the young protagonist in, as well as the filmmaker behind, the new drama, ‘We’re All Going to the World’s Fair.’

Writer Jane Schoenbrun made her narrative feature film directorial and editing debuts with the powerful, important movie. While working on creating the story, she reflected on her own experience of accepting her trans identity in part through the anonymity of online horror message forums, which served as a refuge for her when she was a teenager. She infused what she learned about accepting her real-life identity through the intimacy of the fantasy world in the digital realm into the development of Casey, the heroine in ‘We’re All Going to the World’s Fair.’ Casey, who’s played by Anna Cobb in her feature film acting debut, begins to realize and accept her own genuine identity after she started feeling isolated in real life, which lead her to find solace through strangers on the internet.

Set in a typical, unnamed suburb in the U.S., ‘We’re All Going to the World’s Fair’ follows teenage Casey (Cobb) as she sits alone in her attic bedroom, and scrolls through the internet under the glow-in-the-dark stars and black-light posters that are attached to her ceiling. She has finally decided to take the title World’s Fair Challenge, an online role-playing horror game, and embrace the uncertainty it promises.

After the initiation, she documents the changes that may or may not be happening to her, and adds her experiences to the endless amounts of clips that are available online for the world to see. As she begins to lose herself between dream and reality, a mysterious stranger (Michael J Rogers) contacts her, and claims to see something special in her uploads.

The movie had its virtual world premiere last night in the NEXT section at the 2021 Sundance Film Festival. It will have its second screening tomorrow morning at 10:00am MST.

Schoenbrun and Cobb generously took the time yesterday afternoon during the Sundance Film Festival to talk about writing, directing, editing and starring in ‘We’re All Going to the World’s Fair’ during an exclusive interview over Zoom. Among other things, the filmmaker and actress discussed what inspired Schoenbrun to pen the screenplay, and how scribing the story influenced the way she approached making her narrative feature directorial debut; what elements of the character of Casey convinced Cobb to make her feature film acting debut in the movie; why it was important for them to showcase how intimacy and identity in the digital world influence people’s self-worth; and what it means to them that the drama is premiering during the festival.

Watch our exclusive video interview with Schoenbrun and Cobb about ‘We’re All Going to the World’s Fair’ above. 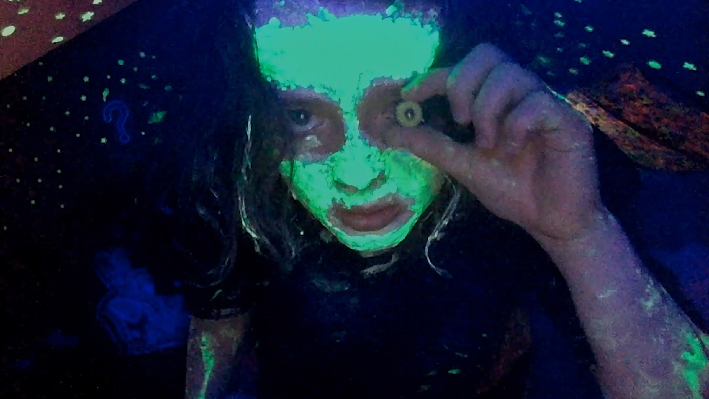