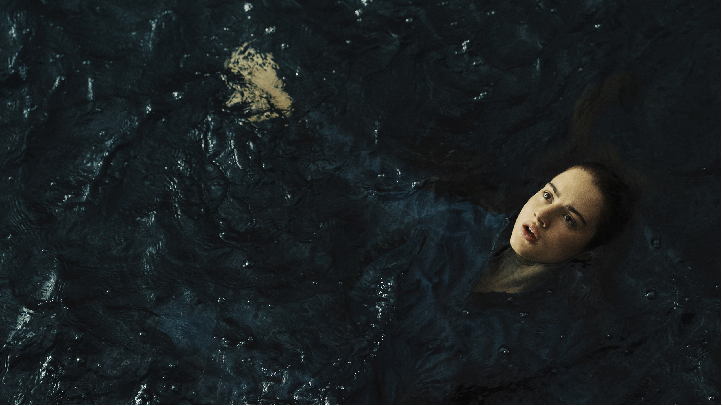 Shattering expectations to question where empowerment truly lies is a powerful driving force behind people being able to take control of their own destinies. That’s certainly the case for both the protagonist and filmmakers behind the new drama, ‘Mayday.’ The movie marks the feature film writing, directorial and producing debuts of filmmaker Karen Cinorre, who collaborated with her producing partner, cinematographer Sam Levy, to create a strong-willed heroine who’s determined to bring equality to a dangerous land.

Levy, who’s known for his collaborations with Noah Baumbach and Greta Gerwig on several of their acclaimed comedy-dramas, including ‘Frances Ha,’ ‘While We’re Young‘ and ‘Ladybird,’ once again stylishly blurs genres and draws viewers into the unique realm of the story that’s featured in his latest movie. Like his previous films, the director of photographer’s work on ‘Mayday’ fearlessly pushes cinematic boundaries, and showcases how women take control of their own destinies. Driven by themes of both feminist ideals and war elements, the drama breaks down expectations to question where empowerment truly lies.

The movie had its virtual world premiere yesterday afternoon in the U.S. Dramatic Competition section at the 2021 Sundance Film Festival. it will have its second screening tomorrow morning at 10:00am MST.

‘Mayday’ showcases how an unusual storm is approaching, and is about to change everything for Ana (Grace Van Patten). After a short circuit at her job mysteriously transports her to an alternate world, she meets a crew of female soldiers who are caught in an endless war. Meanwhile, along a strange and rugged coastline, men face the stark truth that’s lurking behind damsels who appear to be in distress.

Under the leadership of Marsha (Mia Goth), Ana trains as a sharpshooter and discovers a newfound freedom in her uninhibited sisterhood. She soon senses she may not be the ruthless killer they expect, though, as time is running out for her to find a path home.

Levy generously took the time on Saturday during the Sundance Film Festival to talk about serving as the cinematographer and a producer on ‘Mayday’ during an exclusive interview over Zoom. Among other things, the filmmaker discussed what his experience of collaborating with Cinorre as a first-time feature film writer-director-producer was like on the set; the process of determining how to shoot the action sequences in the surreal, dreamlike, visual drama, especially in the mountains of Croatia where they filmed the movie; the experience of working with the actors to determine how to best create their physicalities for the camera; and what it means to him that the movie is premiering at this year’s Sundance Film Festival.

Watch our exclusive video interview with Levy about ‘Mayday’ above.