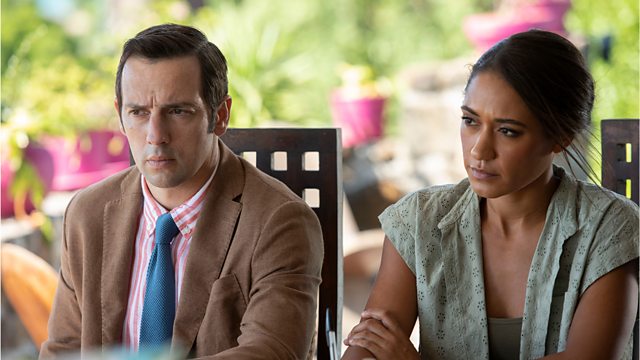 A scene from the British-French crime drama television series, ‘Death in Paradise.’

New episodes of the long-running series originally air on the BBC One network. Repeats of the hit drama are also being broadcast on the network’s channel on Filmon TV. (Note that the BBC One channel is only available for free to viewers in the UK, and international users who have a paid subscription.) The latest episode to air on Filmon can be streamed this afternoon at 4:00-5:00pm local time. It can be watched live, or recorded and watched at a later time.

Episode five of Series 10 of ‘Death in Paradise’ was written by James Hall, and directed by Jordan Hogg. The episode follows a celebrated concert pianist as he’s murdered in his studio. Meanwhile, Catherine’s friendship with the victim’s family puts her in unexpected danger.