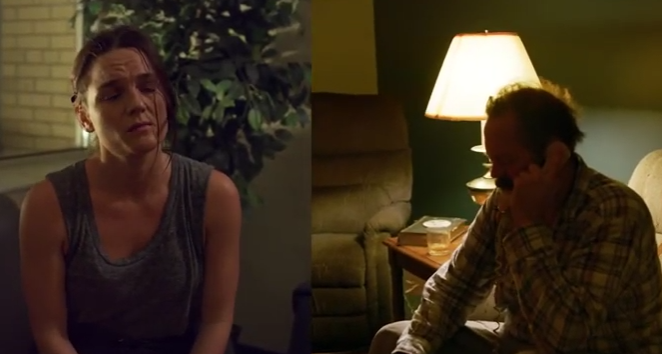 A chance encounter between two strangers has ultimately changed their destinies in the drama, ‘Last Call.’ The strangers’ fates, which are going to be forever intertwined, are being chronicled on screen, as Mill Creek Entertainment is set to distribute the feature on DVD, Blu-ray, Digital and VOD this Tuesday, February 23.

In honor of ‘Last Call’s release, ShockYa is premiering an exclusive clip from the feature. The clip, which is titled ‘Accidents Happen,’ features actor Daved Wilkins and actress Sarah Booth. In the clip, Wilkins’ character, Scott, becomes overwhelmed with grief and anger when he shares his story with Booth’s character, Beth.

The critically acclaimed film tells the story of two strangers-Scott and Beth-as they’re destined to intervene in each other’s lives after a misdial fates them together forever. Beth is a late-night janitor who accidentally answers a call from Scott, who believes he has dialed a suicide prevention hotline. The movie presents both ends of a harrowing phone call that has Beth navigating a life-changing conversation as she attempts to aide Scott within her limited means.

‘Last Call’ is a split screen real-time film. The entire drama is comprised of two single-take shots, which are merged together and without cuts. The movie plays out with two camera crews as the story follow each character through their coincidental encounter.