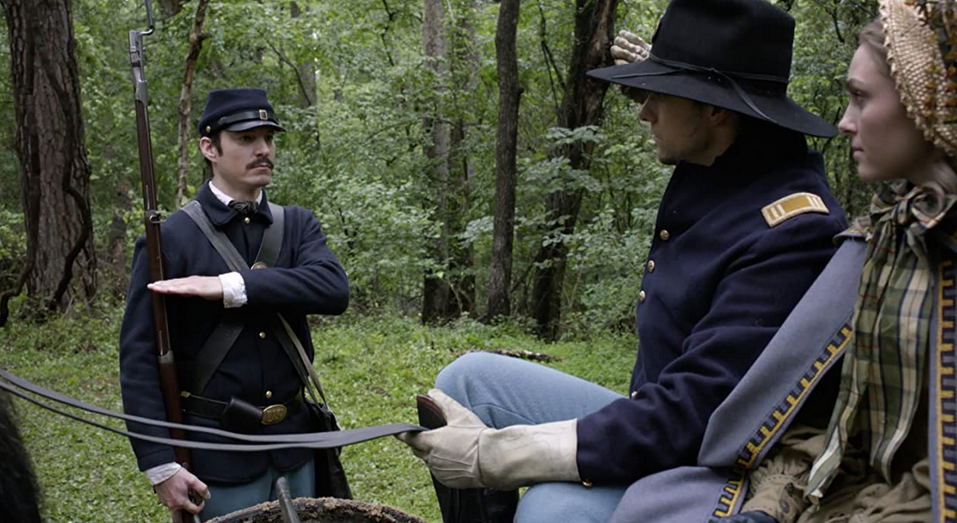 While many people may have diverse political and lifestyle views, they can still bond over the natural desire to help others who are in need. That’s certainly the case for the opposing sides of the medical television series, ‘Mercy Street.’ The historical drama, which is set during the American Civil War,’ stars Mary Elizabeth Winstead as the real-life nurse-abolitionist, Mary Phinney. The fictionalized version of the nurse volunteers at the Mansion House Hospital in Alexandria, Virginia, where people from both the North and South vow to overcome their differences to instead focus on healing the sick and wounded.

The show, which originally aired on PBS, is now being broadcast on the Drama channel on Filmon TV. The latest episode of ‘Mercy Street’ is set to stream on Filmon tonight at 9:50-11:00pm local time. It can be watched live, or recorded and watched at a later time.

The third episode from season 2, which is titled ‘One Equal Temper,’ was written by Walon Green, and directed by Laura Innes. The episode shows that as Pinkerton (Brían F. O’Byrne) looks at the Greens more closely, they join forces to hide an ugly secret. Meanwhile, McBurney (Bryce Pinkham), who’s hoping to distance Foster (Josh Radnor) from Mary, sends him to a nearby army camp on a house call. Alice (AnnaSophia Robb) helps Frank (Jack Falahee) escape, and Samuel (McKinley Belcher III) earns Charlotte’s (Patina Miller) respect.