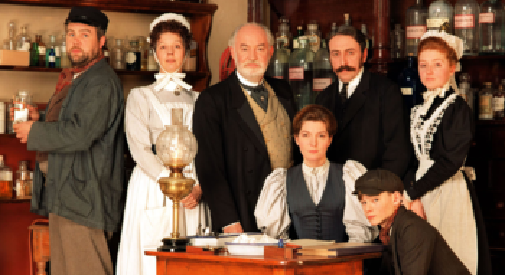 The medical drama, which originally aired for four series in the mid-1990s on ITV, is now being broadcast on the Drama channel on Filmon TV. The latest episode of ‘Bramwell’ is set to stream on Filmon tonight at 8:40pm-9:50pm local time. It can be watched live, or recorded and watched at a later time.

The second episode from Series 2 of ‘Bramwell,’ which is called ‘The Strain of Conscience,’ was written by Lucy Gannon, and directed by David Tucker. The episode follows Eleanor as she’s being considered for a job at St. Jude’s hospital and caring for a pregnant woman, which leaves her torn between working with a dedicated scientist and helping the poor.