Showcasing the unique abilities of a diverse group of people, and how inherent evil can ultimately affect them all, is a powerful driving force in many films. Highlighting the harmful consequences of that corruption on the most innocent victims in horror movies can be an even more harrowing experience. That catastrophic aftermath is exhibited in veteran genre filmmaker Chad Crawford Kinkle’s latest horror feature, ‘Dementer,’ which is based around, and stars, his sister Stephanie, who has Down Syndrome.

The new drama incorporates the unique environment that Stephanie lives in, and thoughtfully examines what would happen if a malevolent force entered her world. The movie’s small cast and crew took great effort in creating a safe environment for Stephanie and her fellow special needs adults during the production. That care resulted in an experimental, abstract and nightmarish-driven horror film that powerfully explores how the most malicious and sinister intentions can leave a lasting impact on the innocent.

Kinkle penned, helmed, produced, edited and served as the camera operator on ‘Dementer,’ after he made his feature film writing and directorial debuts with the 2013 feature, ‘Jug Face.’ Alongside his sister, his latest project also stars Larry Fessenden, Katie Groshong and Brandy Edmiston.

The drama is now available on such digital platforms as iTunes, Amazon, Google Play, Xbox, Vudu, Dish Network and all major cable providers, courtesy of Dark Star Pictures. The official release for the movie comes after it played at such festivals as the Nashville Film Festival and the Chattanooga Film Festival.

‘Dementer’ follows Katie (Groshong), a young woman who flees a backwoods cult and takes a job at a care center for special needs adults in her determination to do some good with her life. But despite her best intentions, Katie can’t escape the signs that the devils are coming for Stephanie (Stephanie Kinkle), a woman with Down syndrome she cares for, who keeps getting sicker despite Katie’s rituals to ward off evil spirits.

In honor of the drama’s distribution, ShockYa is premiering an exclusive clip from the feature, which is titled ‘Steph Is Worse.’ In the clip, Katie arrives at the house where several of the women she helps care for, including Stephanie, spend their nights, after spending their days at their care facility. When Katie, who’s on duty to care for the women that night, arrives at the house, she’s informed by their day caretaker, Brandy (Edmiston), that Stephanie has been sick all day. Katie assures Brandy that she’ll take extra care of Stephanie overnight, before the night caretaker begins her latest ritual to ward off the evil spirits that she believes are targeting her patient.

Also in support of ‘Dementer’s release, Kinkle generously took the time recently to talk about scribing, helming, producing, editing and shooting the movie during an exclusive video interview over Zoom. Among other things, the filmmaker discussed why he was inspired to write the script for the drama, and what his overall penning process was like on the movie; how working on the screenplay influenced his directorial style; what the casting process was like; and once the actors signed on to star in the movie, what was the process of collaborating with them to build their characters was like. 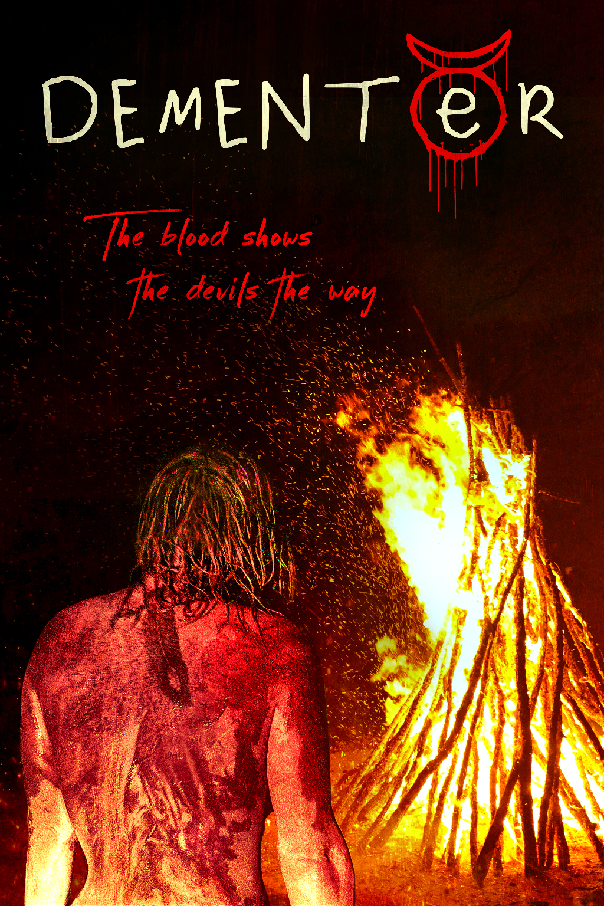