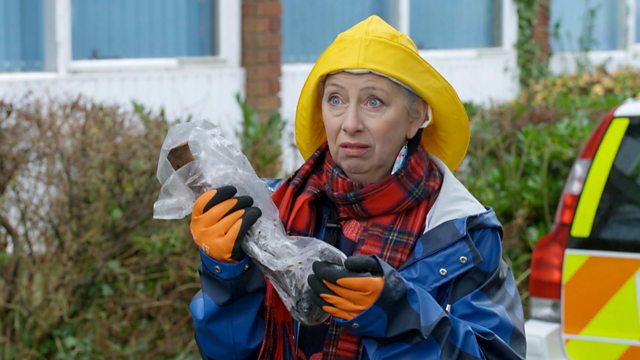 A scene from the ‘Daddy’s Girl’ episode of the BBC One medical drama, ‘Doctors.’

The critically acclaimed show, which has won British Soap Awards, is currently airing its 21st series on BBC One, and is also being broadcast on the network’s channel on Filmon TV. (Note that the BBC One channel is only available for free to viewers in the UK, and international users who have a paid subscription.) The latest episode to air on Filmon can be streamed this morning at 9:45-10:15am local time. It can be watched live, or recorded and watched at a later time.

Episode 18 of Series 22 of ‘Doctors,’ which is titled ‘Daddy’s Girl,’ was written by Cardy O’Donnell, and directed by Piotr Szkopiak. The episode follows Valerie as she embarks on a magnet-fishing adventure, while Daniel (Matthew Chambers) is challenged by Maisie (Silvia Presente) to put his money where his mouth is. Meanwhile, a work experience student tries to hide her ethnic background, but an emergency with her father forces her to reconsider.