Even the most minimalist plot twists and character developments can become the most frightening elements of genre films. Director Kevin Lewis is proving just that with his new supernatural movie, ‘Willy’s Wonderland.’ The feature utilizes the helmer’s love of ’80s action, horror and comedy tropes as the main character is forced to fight possessed animatronic robots in a small town’s indoor children’s theme park, even though he doesn’t say even one line of dialogue throughout the entire story.

‘Willy’s Wonderland’s basic, but equally dark and wild, story was created by first-time feature film writer, G.O. Parsons. The movie was also brought to life with the aid of veteran genre actor, Nicolas Cage as the unconventional protagonist. The Academy Award-winning performer’s memorable portrayal of the modest but unique main character is being shared with action and horror fans, as the comedy is now playing on digital and VOD, courtesy of Screen Media.

‘Willy’s Wonderland‘ follows a quiet loner (Cage) as he finds himself stranded in a remote town after his car breaks down. Unable to pay for the repairs he needs, he agrees to spend the night cleaning the title abandoned family fun center. But this wonderland has a dark secret that The Janitor is about to discover: he soon finds himself trapped inside Willy’s, and is forced to engage in an epic battle with the possessed animatronic mascots that roam the halls. To survive, he must fight and defeat each of them.

Lewis generously took the time recently to talk about directing ‘Willy’s Wonderland’ during an exclusive interview over Zoom. Among other things, the filmmaker discussed why he was drawn to helm the movie after he read Parsons’ script, and what his overall directorial style was like during the feature’s production. Lewis also mentioned what the casting process was like for the comedy, and how after Cage was cast, he uniquely brought The Janitor to life, even without having any dialogue. The filmmaker also explained how he worked with Cage and the rest of the cast to create the stunts for the movie, especially for the action sequences that include the fights with the animatorinics.

Watch our exclusive video interview with Lewis above, and the official trailer for ‘Willy’s Wonderland’ below. 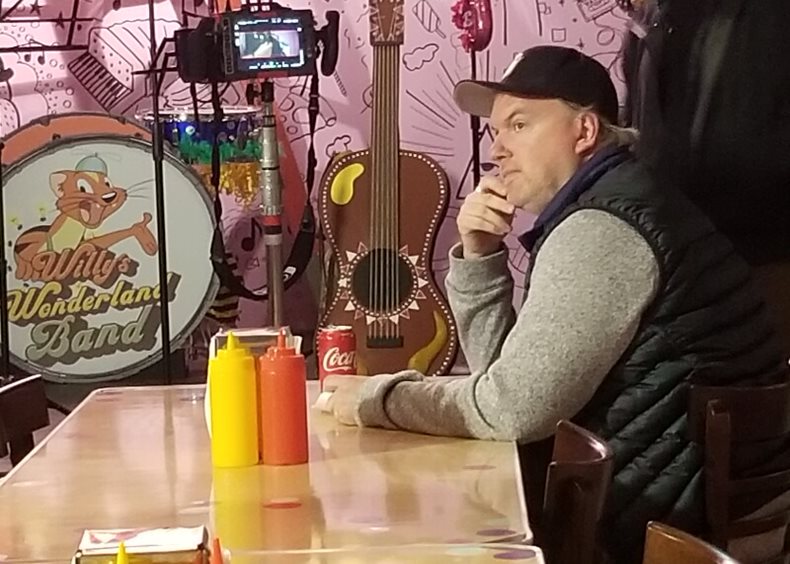