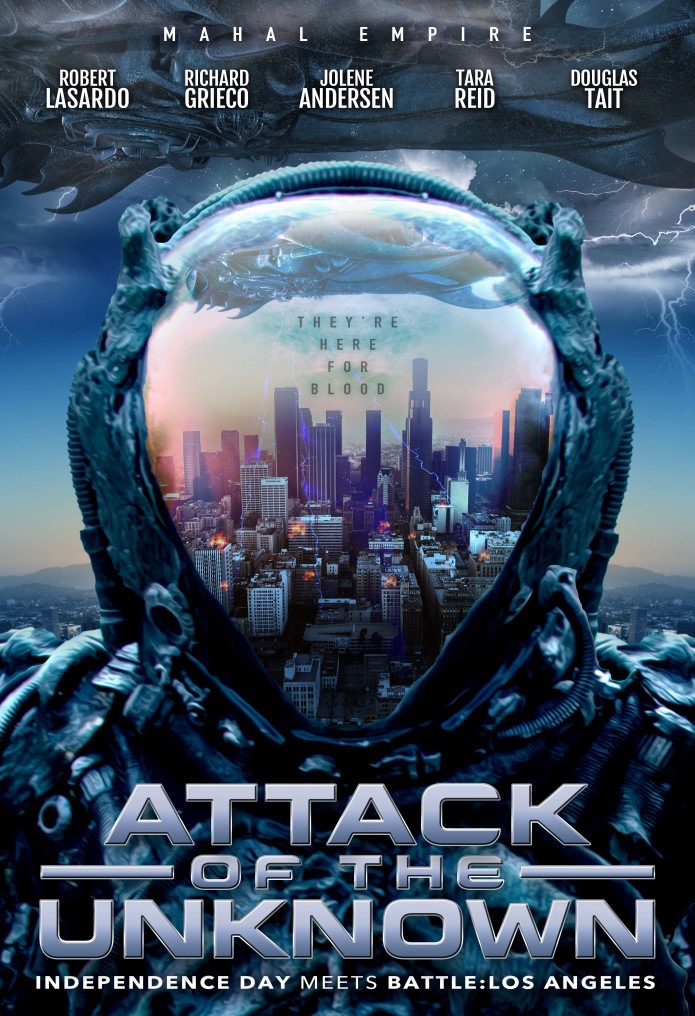 Executive produced by Mem Ferda, the enthralling action Sci-Fi Attack of the Unknown is an exhilarating extra-terrestrial escapade. In a world where whole cities entire cities inexplicably disappear overnight, a SWAT team find themselves trapped underground with a violent inmate as terror ensues above. With no means of communicating with the outside world, they must join forces to evade the aliens’ imminent grasp.

When questioned on his influences by Infamous Horrors, Slagle commented: ‘Alien, Debuted by independent film distributor Gravitas Ventures on 28th August 2020, Attack of the Unknown was made available on most major digital platforms. See the official trailer here.

Director Brandon Slagle’s admiration for classic Sci-Fi tropes is evident throughout the feature.

Aliens, and Predator 2 (yes, 2) have always been highly influential in terms of look and feel’. Starring the likes of Tara Reid, Robert LaSardo and Richard Grieco, the production is oozing with talent.