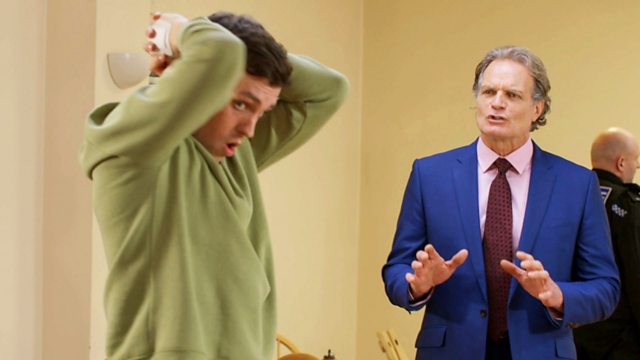 A scene from the ‘The Truth, The Whole Truth…’ episode of the BBC One medical drama, ‘Doctors.’

Episode 25 of Series 22 of ‘Doctors,’ which is titled ‘The Truth, The Whole Truth…,’ was written by Stephen McAtee, and directed by Peter Fearon. The episode follows Al (Ian Midlane) as he’s keen to try out his new game app on the team, and Karen (Jan Pearson) proves especially enthusiastic. Meanwhile, Emma (Dido Miles) is challenged when a stabbing leads to an internal police investigation.