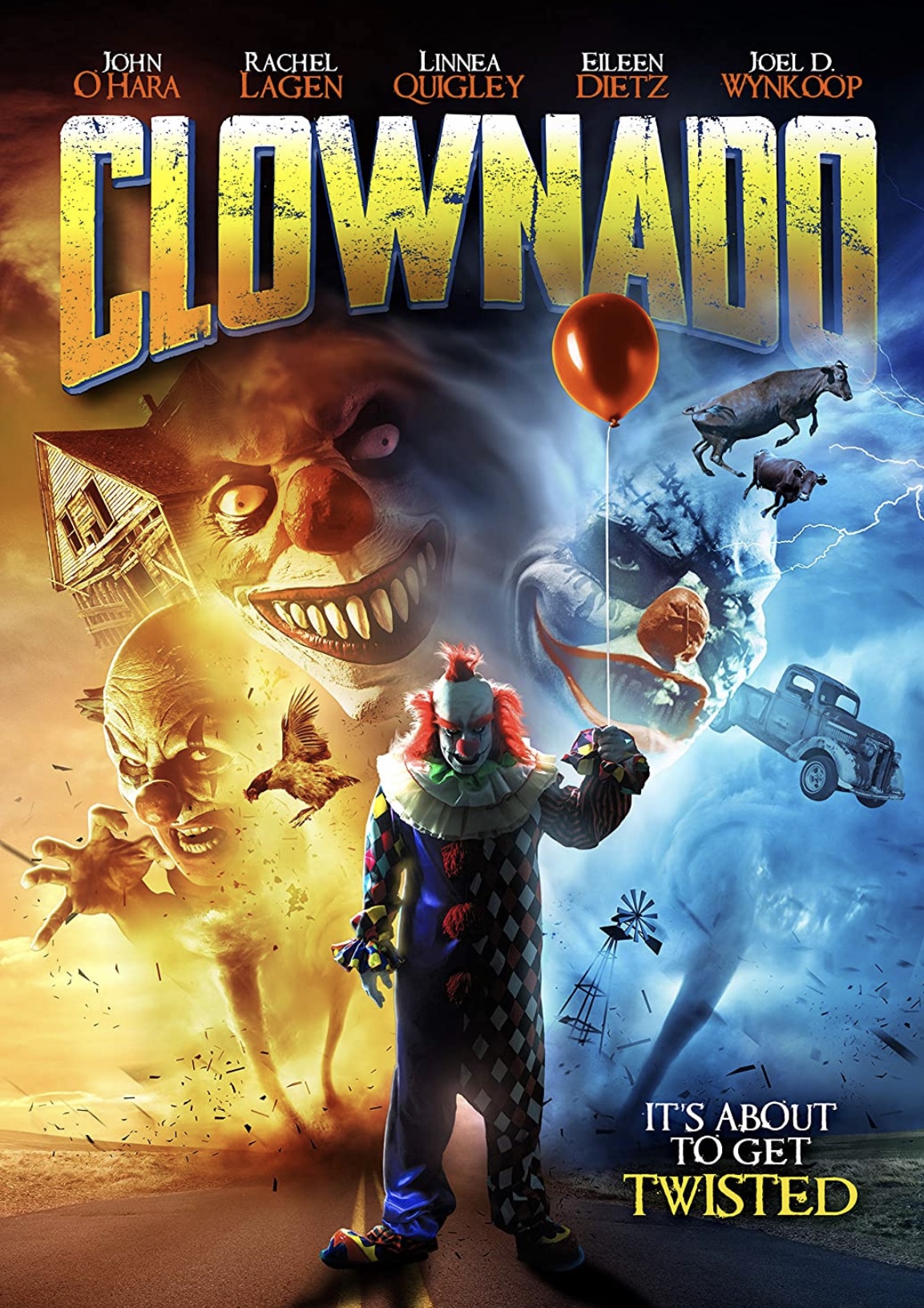 British Producer Mem Ferda has hatched what can only be described as the sinister love-child of ‘Sharknado’ and Stephen Kings ‘IT’. Clownado tells the tale of a troupe of tornado wielding circus clowns with supernatural powers and murder on their minds. A ragtag bunch of outcasts, including a stripper, Elvis impersonator, truck driver, and teen runaway, are the target of their vengeance, ultimately resulting in a showdown with the boss clown from hell.