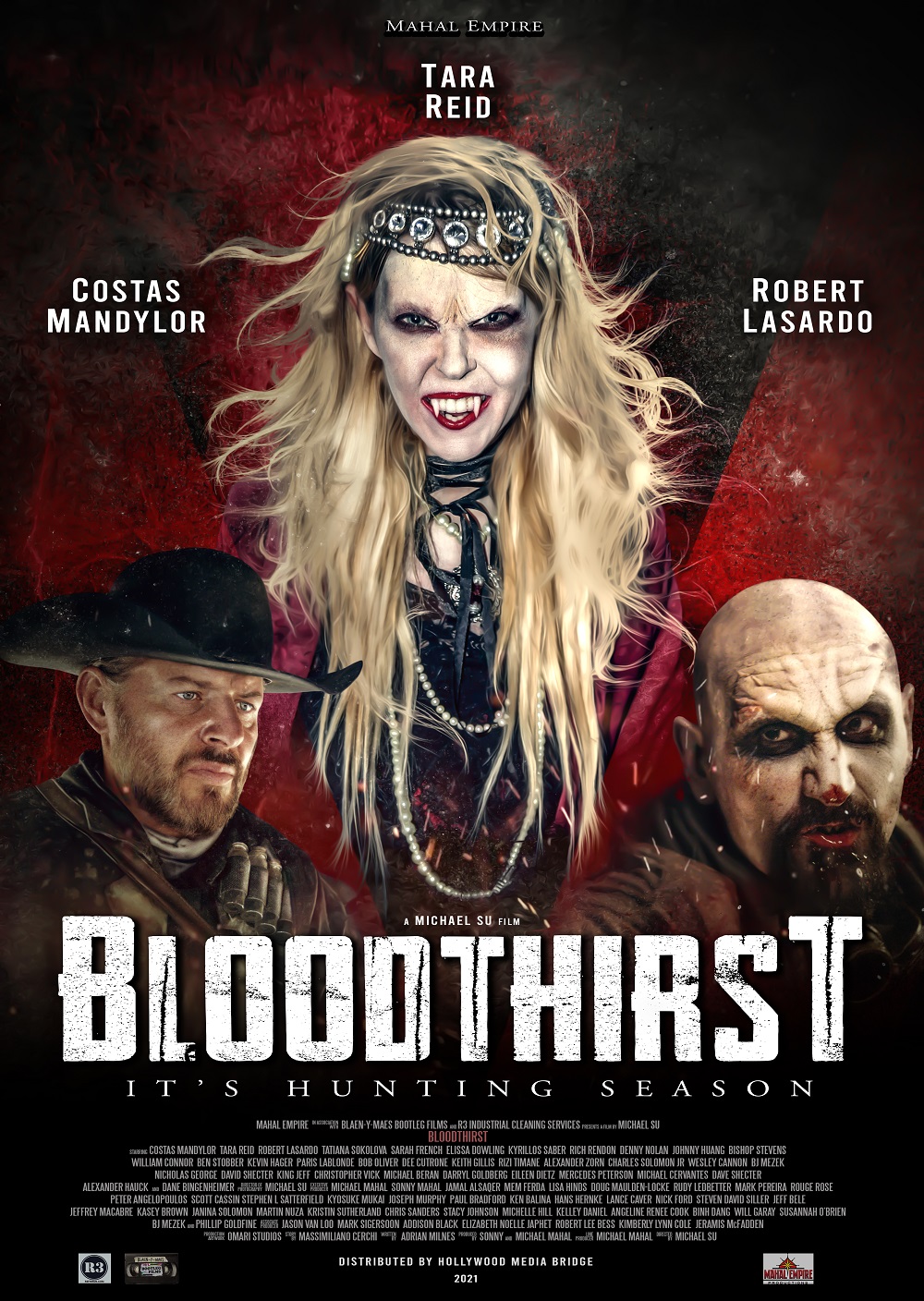 Indie blockbuster Bloodthirst, Executive Produced by Mem Ferda, is a flawless amalgamation of science fiction and quintessential horror against a post-apocalyptic backdrop. Protagonist John Shepard (Costas Mandylor) is a seasoned vampire hunter, faced with the arduous task of defeating the master vampire to prevent his impending transformation into the undead.

At present, the concept poster is the only glimpse we have into the wicked world of Bloodthirst; however, fans can look forward to the impending trailer. A release date is yet to be confirmed, as the title is currently in post-production.

Cancel reply
A Legendary Rock Star is Found Dead as He’s Making His Comeback on Taggart
Cyclones, Curses and Clowns: Producer Mem Ferda’s ‘Clownado’ is a Creepy Coalescence of All Your Worst Nightmares
To Top