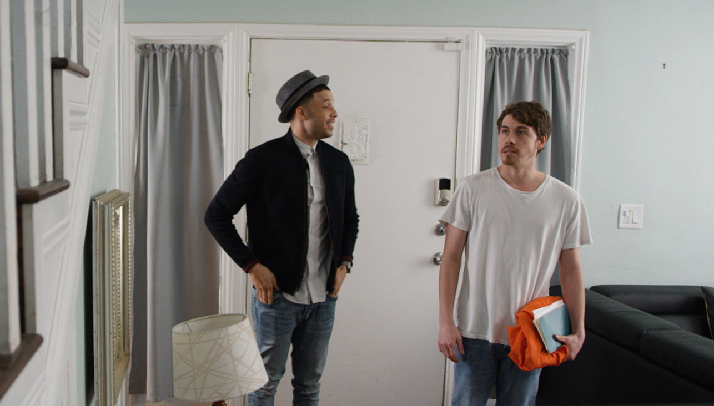 Learning to maintain the willpower and ability to not take conscious decisions for granted, and not indulge in petty situations, can be difficult for any adult. The process can be even more challenging for a millennial who’s just regaining their freedom following a legal battle. That’s certainly the case for actor Munro Chambers’ character of Tyler in the new drama, ‘Taking the Fall.’

The coming-of-age film is being released today on VOD platforms, including on iTunes. The official distribution comes after the movie screened at film festivals across the country. It was honored with such trophies as the Audience Award at the Charlotte Film Festival, Runner up for Best Feature at the Myrtle Beach Film Festival and Best Drama and Best Screenplay at the Chain NYC Film Festival.

In honor of the drama’s distribution, ShockYa is premiering an exclusive clip from the feature. The clip follows Tyler as he initially objects to attending a party his friend, Justin, who’s played by Roland Buck III, is hosting in his honor after he’s released from prison. Tyler tries to insist that “getting out of prison” parties don’t really exist. In response, his friend tries to assure him that rappers and millionaires who are arrested for embezzlement have such parties all the time, so he definitely deserves one for his sentencing for the possession and distribution of marijuana. Justin also assures Tyler that he can do whatever he wants that night, since it’s his party.

In addition to Chambers and Buck, ‘Taking the Fall’ also stars Avalon Penrose (‘Hades,’ ‘Woman Up’) and Katie Gill (‘My Synthesized Life,’ ‘Baby Daddy’). The movie was written by Steven Hellmann and directed by Josh Marble, and the duo also served as producers on the feature.

‘Taking The Fall’ follows Tyler as he returns home from a six year prison sentence, and is surprised with a reunion with his former college friends. He’s also shocked to discover that they’ve all veered off course under the pressure of millennial culture. Over the course of a tense dinner party, Tyler tries to come to terms with just how far they’ve all steered from their previous plans.