Maintaining a resilient bond of sisterhood during an unpredictable, harrowing situation is one of the most important things women can do in order to survive the unexpected. The multilingual folk-soul fusion female quartet, Ley Line has done just that during the COVID-19 pandemic, which prevented them from sharing their music with audiences during live performances for most of the past year.

But the Austin-based band, which is influenced by music from North and South America, never relented in its mission to continue connecting with its fans, even during society’s most challenging times. So the group released its critically acclaimed, 10-track folk soul album, ‘We Saw Blue,’ which is a symbol of their work together, this past December. The record’s distribution was accompanied by a podcast that breaks down each of its 10 songs, which is titled ‘Following Ley Line,’ as well as a visual album that captured their 2017 tour through Brazil.

To support their continued hard work and dedication to sharing their emotional journey with their listeners through their latest tunes, Ley Line was able to finally perform together live again this past St. Patrick’s Day, as part of SXSW‘s Online edition. In conjunction with its performance during the virtual festival, the quartet released Episode 4 of ‘Following Ley Line,’ which is titled ‘The Well: Coming Home to Myself.’

Ley Line is comprised of Emilie Basez on the guitar, Madeleine Froncek on the upright bass and her sister, Lydia Froncek on percussion, and Kate Robberson on the ukulele. All four women also contribute vocals on their songs.

Kate, Lydia and Robberson generously took the time during this year’s SXSW to talk about writing, recording and performing together as Ley Line, particularly in making ‘We Saw Blue,’ during an exclusive interview over Zoom. Among other things, the musicians discussed why they were inspired to record ‘We Saw Blue’ and its accompanying visual album, as well as ‘Following Ley Line,’ and chronicle their trip through Brazil for their fans. The Texas residents also shared what their experience was like of playing during the virtual edition of the typically Austin-based SXSW.

Watch our exclusive video interview with Froncek, Robberson and Froncek above, and stream ‘We Saw Blue’ below. 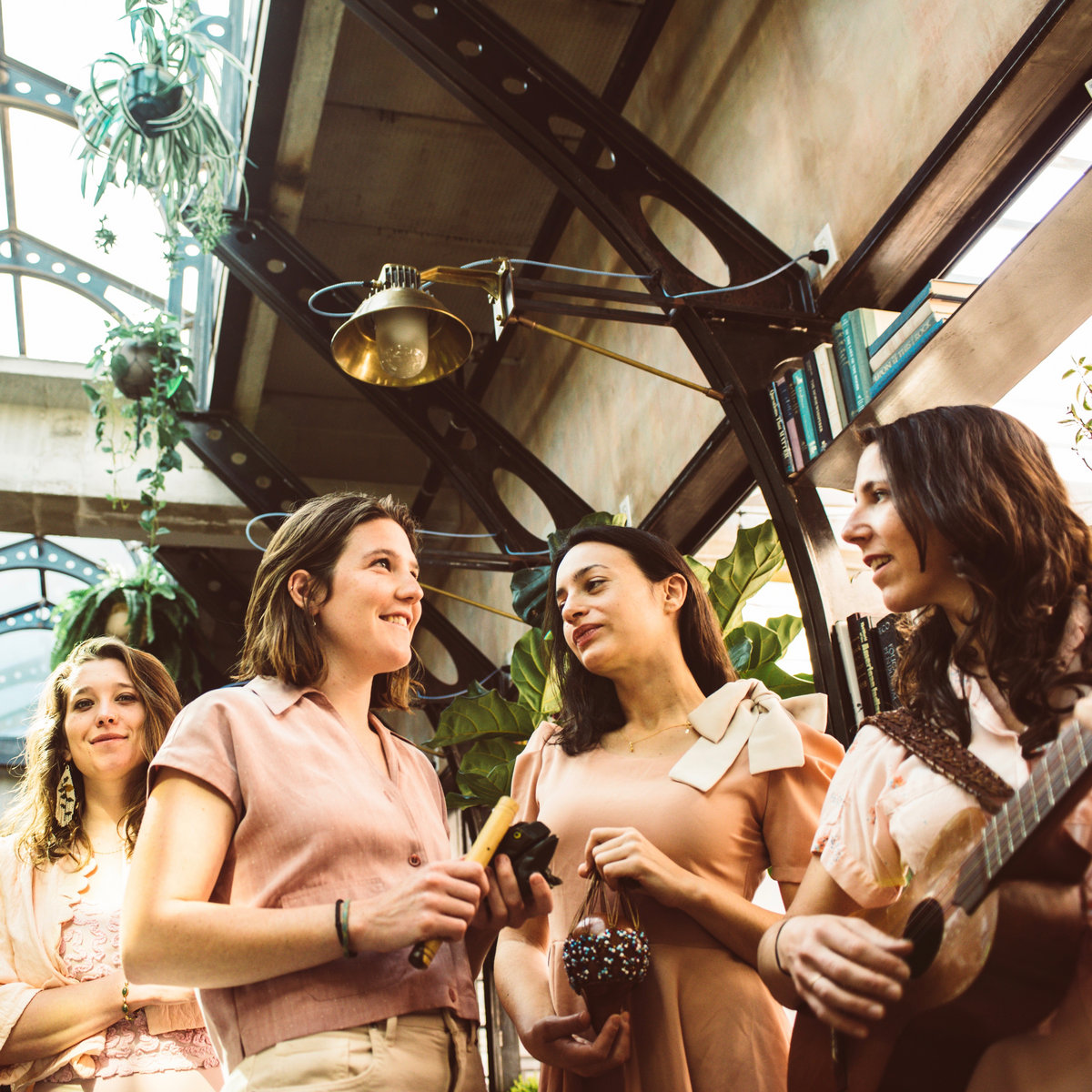