The relentless pursuit for justice is one of the most timely and important subjects that’s driving modern American society. Former Guantánamo Bay detainee, Mohamedou Ould Slahi’s decades long fight for freedom while being held in American custody is being chronicled in the political thriller, ‘The Mauritanian,’ which is being distributed on home entertainment this spring.

The film is based on the true story of the Mauritanian-born Slahi, who was held at the Cuban-based American military prison between 2002-2016 without charge. He wrote a New York Times best-selling memoir about his experiences, which is titled ‘Guantánamo Diary,’ and was released in 2015.

‘The Mauritanian,’ which is based in part on ‘Guantánamo Diary,’ is now available on Digital, and will also be distributed on Blu-Ray and DVD this Tuesday, May 11, courtesy of STXfilms and Universal Pictures Home Entertainment (UPHE). The drama’s Blu-Ray, DVD and Digital releases include the following bonus extras: an alternate opening; deleted scenes; behind the scenes, which offer an inside look into the storytelling behind the real-life story by the cast and filmmakers, and an introduction to the real people behind the real-life story; and ‘A Look at Director Kevin Macdonald,’ during which the cast and crew discuss what made the Academy Award winning-helmer the perfect person to bring the story from the pages of Slahi’s memoir to the screen.

In honor of ‘The Mauritanian’s disc release, ShockYa is offering three lucky winners a Blu-ray of the movie. To enter, email us at ShockyaGiveaway@aol.com. Let us know that you’re entering to win the ‘The Mauritanian’ Blu-ray giveaway in the email’s subject line, and include your mailing address in the message. You have until next Thursday, May 13 to enter, and you can enter the contest once daily. On May 13, we’ll pick the winners at random, and notify them through email. Note, the giveaway is only available to American residents, as the Blu-ray can only be shipped within the U.S. Good luck! 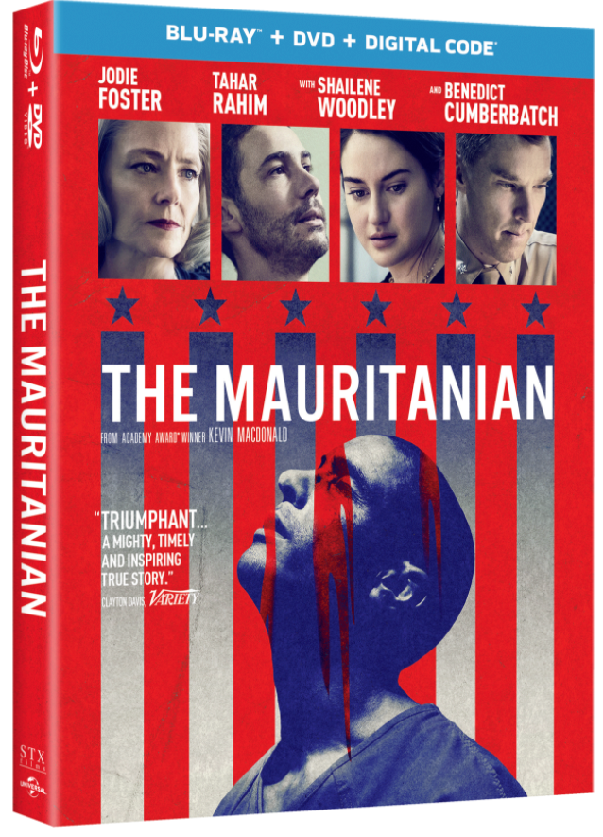