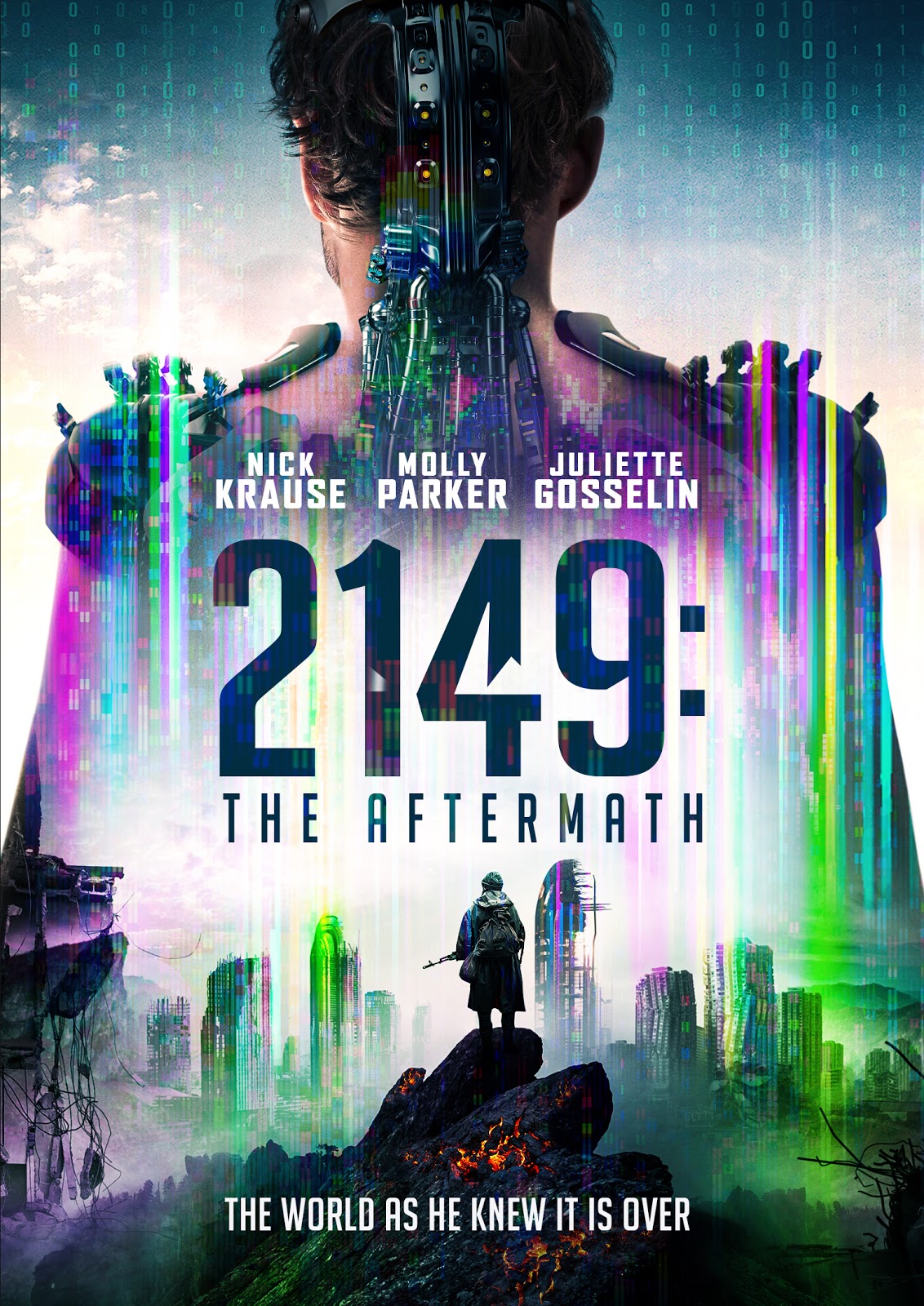 Sometimes the attempt to share a new, improved life with the ones they love can ultimately put people’s own existences in danger. That’s certainly the case for actor Nick Krause’s protagonist of Darwin in the upcoming sci-fi film, ‘2149: The Aftermath.’ The character’s effort to share the experience of true human contact with his mother ultimately puts his own survival in danger.

The drama was written by Robert Higden and directed by Benjamin Duffield. Besides Krause, the movie also stars Molly Parker, Juliette Gosselin and Colleen Giles.

4Digital Media will distribute the film on Digital, VOD and DVD this Tuesday, May 18. In honor of ‘2149: The Aftermath’s release, ShockYa premiering an exclusive clip from the drama, which is titled ‘Mom.’ The clip shows that after Darwin’s attempts to contact his mother (Colleen Giles) fail, he risks his life and journeys to her pod to share with her the truth that he has learned.

Also in celebration of ‘2149: The Aftermath’s distribution, ShockYa is offering two lucky winners a DVD of the movie. To enter, email us at ShockyaGiveaway@aol.com. Let us know that you’re entering to win the ‘2149: The Aftermath’ DVD giveaway in the email’s subject line and your mailing address in the message. You have until Thursday, May 20 to enter, and you can enter the contest once daily. On May 20, we’ll pick the winners at random, and notify them through email. Good luck!

Set in the title year, ‘2149: The Aftermath’ follows a Darwin, who lives, like everyone else, in a small cement module with little more than a computer, which he uses for everything. Verbal communication has died out, but he often instant messages his mother. Darwin is fearful of the outside world, which is widely believed to be contaminated.

One night, during a violent storm, lightning hits Darwin’s module, which knocks out his computer. So he’s forced to do the unthinkable and go outside into the vast expanse of landscape.

During his journey, Darwin’s surprised to come across a beautiful young woman named Dara (Gosselin), living with her family, in a cottage in the woods. They teach him how to speak and show him the value of actual human contact. He’s compelled to journey forth and share the knowledge of his new found life with his mother, who’s still trapped, but it may be too late for her.

ShockYa is premiering an exclusive clip from director Benjamin Duffield's sci-fi film, '2149: The Aftermath,' which is titled 'Mom,' and features actor Nick Krause.