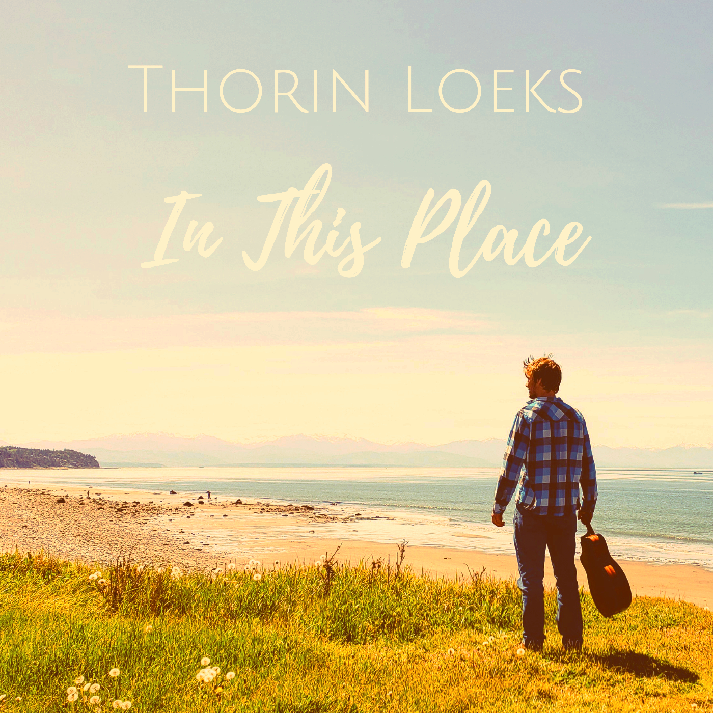 Indie folk musician Thorin Loeks is truly connecting with the world around him, particularly through exploring humans’ relationships with the planet and each other, and understanding the depths of true love and loss. The North Vancouver-based singer-songwriter-composer-instrumentalist forgoes lingering in the despair that society has been contending with during the COVID-19 pandemic to instead share the joys of bonding with both nature and other people on his latest album, ‘In This Place.’

On the 10-track indie pop-rock record, the artist’s passionate, melodic vocals, which are set against his soulful guitar riffs, prove that he gained a greater understanding of himself while he reflected on his life during the recent medical and cultural issues that society has endured. ‘In This Place’ also embraces Loeks’ inner consciousness, and highlights his continuous evolution as not only a musician, but an overall human being.

The artist’s latest LP opens with an meditative and uplifting entry, which is simply titled ‘Intro.’ While just 48 seconds in length, the entirely instrumental song delves into various aspects of the human experience, including how people can develop a greater understanding of themselves, each other and the entire world around them. Loeks’ authentic, soothing acoustic guitar riffs quickly introduce his listeners to his signature blissful indie folk sound, and radiates feelings of tranquility and sereneness. His soulful playing on the piano also encourages listeners to move beyond their natural tendency to be cynical, and instead be grateful for, and learn from, the experiences and relationships they’ve had.

‘Intro’ then delves into the album’s sophomore title track, which continues the singer’s meaningful, thoughtful reflection on his personal and societal experiences. ‘In This Place,’ which serves as one of the record’s singles, adds a stunning drum beat to introduce Loeks’ stunning vocals that perfectly range from low to high notes. His voice drive the rhythms as it builds a stunning, atmospheric energy. The tune, which continues its predecessor’s soulful and tranquil guitar riffs, examines people’s relationship with the planet and each another without relying on the typical despair that musicians normally rely on to tell heartfelt stories.

Another stunning entry on the ‘In This Place’ LP is its fifth song, ‘Tonight,’ which is one of the album’s best tracks. The tune features a rhythmic beat-driven drum that support the soulful background vocals and harmonies from Loeks’ fellow singer, Theras Wood, who helps infuse an indie pop vibe into the track. Also driven by pop-infused folk guitar riffs, the two musicians solemnly promise each other there will be a better tomorrow, which gives the song the potential to become a commercial hit. The duo also reflect on what they can control in their lives, and how they can form a better future together in the perfectly produced track.

The record later begins to wind down with its penultimate entry, ‘With You,’ which serves as another single, and is the best song on the LP. In stripped back, deep vocals, Loeks created an inviting, secure atmosphere as he ponders about lost love and regret. Set against equally vulnerable acoustic guitar riffs and a violin played by Johnson Cheung, the artist soulfully croons about how he spends his days searching for the reasons for what he’s feeling. He also questions if he and the woman he loves found each other at the right time in another captivating reflection on love.

‘In This Place’ ends with the stripped back song, ‘All That’s Left,’ which is driven by more genuine and soulful guitar riffs and emotionally raw and powerful vocals. Infused by elements of country, pop and folk, the track features the singer crooning about finding comfort in moving on from what he knows and is comfortable with, and feels peace in exploring new adventures. He shares that he hope his love will persevere, but also admits that only time will tell where his heart will go. He also admits that he has learned and accepted how to lose connections and move on in a perfect conclusion to the LP.

Loeks’ latest album is a stunning reflection on why people should form meaningful connections with not only their communities and the land, but also themselves. He contemplates how the world is challenging, painful and confusing in so many ways, but through reflection, emotional growth and gratitude, people can truly learn to love their situations and environment.

The artist shares how he gained a greater understanding of his own journey through life through a diverse blend of vocal range, instrumentals and genres on ‘In This Place.’ The record’s relatable, touching tracks, which were written from his personal experiences and inspired by people and places he’s spent time connecting with, are filled with feelings of inspiration, redemption, rejuvenation and a renewed faith in the human spirit. The musician is unafraid to explore deep, melancholic emotions in the current uncertain times, which his listeners can draw upon and learn from.