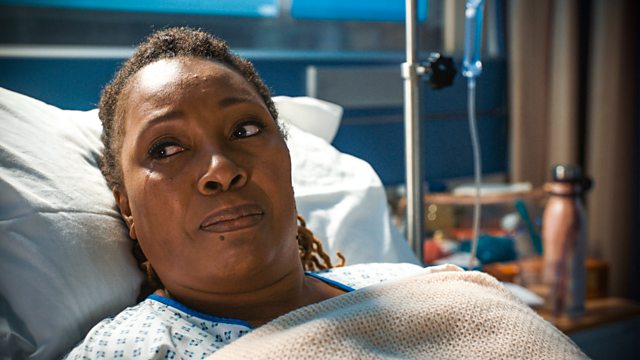 A scene from the ninhth episode of Series 23 of the BBC One medical drama, ‘Holby City.’

Episode 9 of Series 23 of ‘Holby City’ was written by Joe Ainsworth, and directed by David Ames. On the episode, it’s the day of Max’s (Jo Martin) operation, and Ange and Josh’s (Dawn Steele and Trieve Blackwood-Cambridge) relationship deepens. Meanwhile, Kian (Ramin Karimlo) convinces Andrei (Sonny Poon Tip) to return to the hospital to have his surgery, but it may not be enough to keep Andrei from leaving again.