Crafting poignant stories that chronicle how people handle the obstacles from their pasts that they must confront in order to become the person they want to be can be a powerful, life-changing journey for any filmmaker. That’s certainly the case for writer-director Mari Walker, who drew from her experiences while transitioning as she penned the script for her new drama, ‘See You Then,’ with her co-scribe, Kristen Uno.

Walker showcased the heartbreaking emotions and situations she had to contend with during her transition in the movie’s story, which focuses on the universal truth that no matter how much people change, a part of them will always stay the same. The filmmaker has shared that she has known she’s trans since her early childhood, but at the time in the 1990s, it seemed like she would never be able to express that part of her life. So by the time she graduated college, she had grown adept at hiding who she was, as she wasn’t ready to risk losing the chance to become a filmmaker.

But as Walker got older, she became more comfortable in exploring themes in her stories that she had always cared about but was afraid to publicly express. As a half Japanese, half white trans woman, she decided to focus more intently on including all kinds of representation in her movies, including having Asian-Americans and trans people working both in front of, and behind, the camera.

Once the writer-director was able to start work on ‘See You Then,’ which is her first feature film, she was able to create two distinct female protagonists, including a cisgender Asian-American woman and a transgender Iranian woman, who are played by Lynn Chen and Pooya Mohseni, the latter of whom is also trans. The drama, which also has a diverse crew, focuses on the issues that have deeply affected Walker, who also produced and edited the feature, since she first transitioned.

‘See You Then’ had its World Premiere this past March during SXSW 2021 Online, as part of the Narrative Spotlight section. Set a decade after she abruptly breaks up with Naomi (Chen), the movie follows Kris (Mohseni) as she invites her old flame out to dinner to catch-up on their complicated lives, relationships and Kris’ transition. Over the course of their one night encounter, they engage in a series of increasingly intimate and vulnerable conversations, before a shocking secret is revealed.

Walker, Mohseni and Chen generously took the time during SXSW to talk about writing, directing, starring in, producing and editing ‘See You Then’ during an exclusive interview over Zoom. Among other things, the filmmakers discussed what the writing process was like for Walker and Uno, and how they worked together to put Kris and Naomi’s backstories and relationship together. The actresses also mentioned why they were inspired to play their perspective characters in the drama, and how they related to their roles and the overall script. The trio also delved into what it meant to them that the movie had its World Premiere at SXSW.

Watch our exclusive video interview with Walker, Mohseni and Chen above, and the trailer for ‘See You Then’ below. 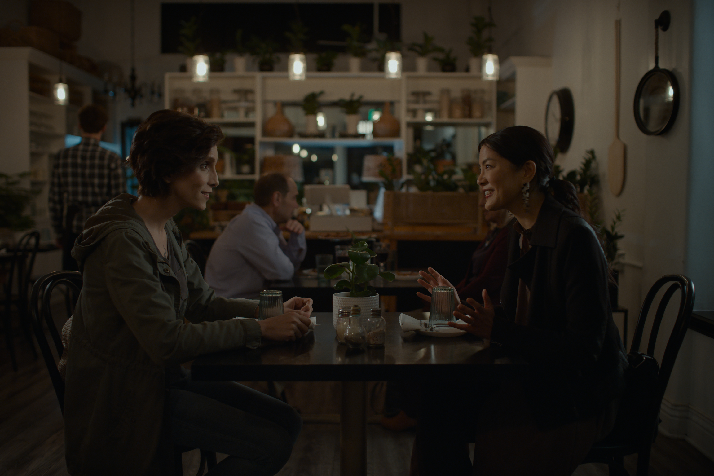 ShockYa's Karen Benardello exclusively interviewed co-writer-director-producer-editor Mari Walker and actresses Pooya Mohseni and Lynn Chen about their drama, 'See You Then,' during SXSW 2021.