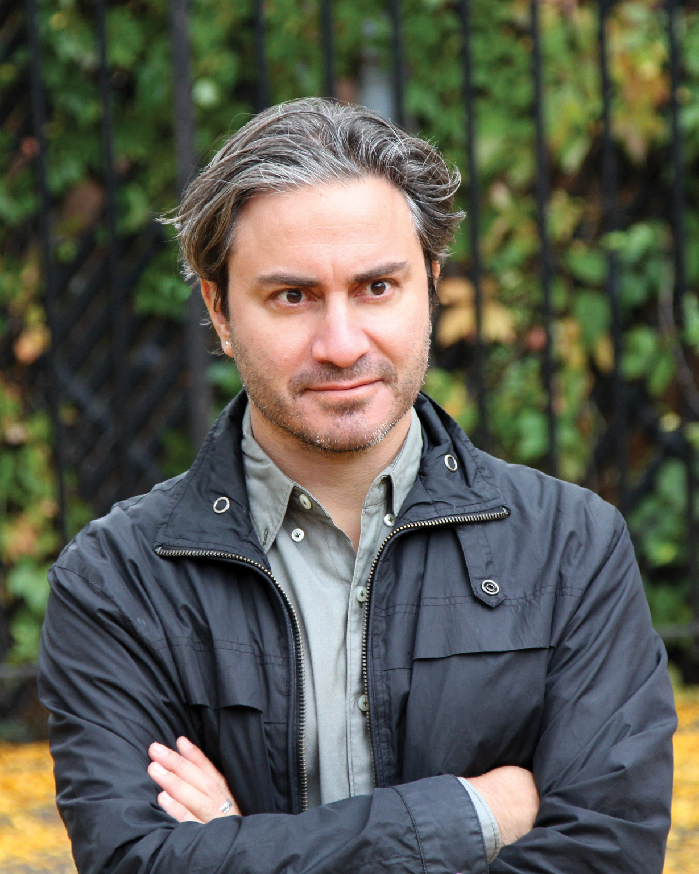 Jeremy Workman, the directors-producer-editor-cinematographer of the documentary, ‘Lily Topples the World.’

Artwork can often hold different meanings to many people of diverse lifestyles, who interpret the craft based on their own personal experiences. Viral sensation, Lily Hevesh has connected with, and has inspired confidence and self-assuredness in, audiences around the world through her passion for the male-dominated world of domino toppling. Her humble and professional sharing of her talent is showcased in the new coming-of-age documentary, ‘Lily Topples the World.’ The movie highlights her ability to overcome adversity and instead focus on her creativity and search for basic human connection, which has led to her garnering tremendous international fame.

Award-winning editor, Jeremy Workman served as the director, producer, editor and cinematographer on ‘Lily Topples the World.’ He was driven to make the film after he found her highly successful YouTube channel, Hevesh5, which features her art of domino toppling. Impressed by the artwork he witnessed in her popular videos, he decided to chronicle her rise in fame as she toppled her competition in a documentary.

The movie had its World Premiere this past March during SXSW 2021 Online, as part of the Documentary Feature Competition section. After its virtual screening during the festival, ‘Lily Topples the World’ won the Grand Jury Prize for Documentary Feature. It was announced earlier this month that discovery+ has acquired the distribution rights for the film.

‘Lily Topples the World’ follows Hevesh as she has become the world’s most acclaimed participant, and the only girl, in her field, and continues to rise as an artist and role model. The movie is a coming-of-age story that is cloaked within a unique portrait of an artist, chronicles how passion and artistry can make dreams come true, and an unlikely American tale of a quiet Chinese adoptee who transforms into a global artistic force with over one billion YouTube views. The documentary was shot for over three years across countless cities, and featuring appearances by Jimmy Fallon, Katy Perry, Will Smith, YouTuber Casey Neistat and multiple Gen-Z creators.

Workman generously took the time during SXSW to talk about directing, producing, shooting and editing ‘Lily Topples the World’ during an exclusive interview over Zoom. Among other things, the filmmaker discussed why he was inspired to make a documentary about Hevesh and how the project come together; what the research process into her life and career as a domino toppler was like during the production; and what it meant to him that the movie had its World Premiere at SXSW.

Watch our exclusive video interview with Workman above.