Creating movies that tell gripping, character-driven narratives that aspire the improvement of the world is a necessary element in today’s troubled society. Documentarians David Alvarado and Jason Sussberg are two such filmmakers who embrace that process, as can be seen in their new feature, ‘We Are As Gods.’

The filmmaking duo reunited on the movie after they previously directed and produced the documentaries, ‘Bill Nye: Science Guy’ and ‘The Immortalists,’ together to reflect on the life of Stewart Brand, the creator of The Whole Earth Catalog and the founder of the modern environmental movement. ‘We Are As Gods’ highlights Brand’s unique worldview that technology actually supports the preservation of natural systems and the environment, instead of harming it, and how it’s humankind’s obligation to help maintain civilization through their use of electronics.

The film was originally slated to have its premiere during last year’s SXSW, which was eventually cancelled due to its scheduling corresponding with the start of the COVID-19 national lockdown. The documentary ultimately had its World Premiere this past March during SXSW 2021 Online, as part of the 2020 Spotlight section.

‘We Are As Gods’ offers a deep dive into the many sides of Brand, who was also an influential member of Ken Kesey’s “The Merry Pranksters.” Brand’s approach to his work and life influenced many, including Steve Jobs, who have gone on to shape the modern world.

Now in his 80s, Brand looks to leave a legacy for the long-term future with his efforts to rewire ecosystems by resurrecting extinct species. The man who coined the movie’s title phrase, “We are as gods and might as well get good at it,” is now under fire from former allies who believe he’s gone too far, but he won’t be easily deterred.

Alvarado and Sussberg generously took the time during SXSW to talk about directing and producing ‘We Are As Gods’ during an exclusive interview over Zoom. Among other things, the filmmakers discussed why they were drawn to tell Brand’s life story in a documentary, and how they approached making the feature as co-directors. They also discussed what kind of research they did into the writer’s career, as well as how they decided which people in his life they would interview for the movie, and what they would discuss with them. The helmers-producers also mentioned what it means to them that the film was welcomed back to have its World Premiere during this year’s edition of SXSW, as part of the 2020 Spotlight section.

Watch our exclusive video interview with Macfarlane above, and the trailer for ‘We Are As Gods’ below.

WE ARE AS GODS | Trailer from Structure Films on Vimeo. 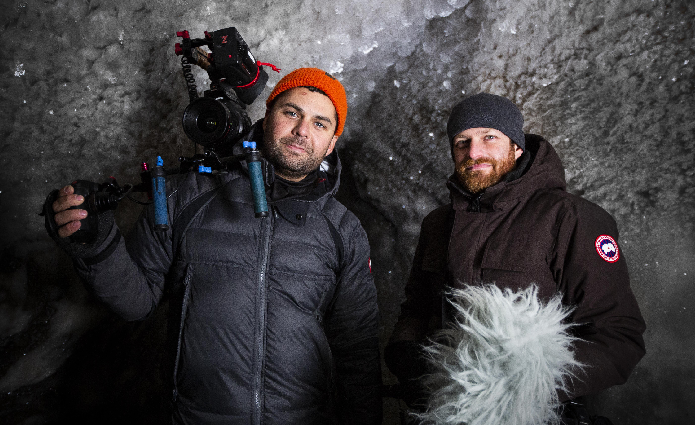 ShockYa's Karen Benardello exclusively interviews directors-producers David Alvarado and Jason Sussberg about their documentary, 'We Are As Gods,' during SXSW 2021.