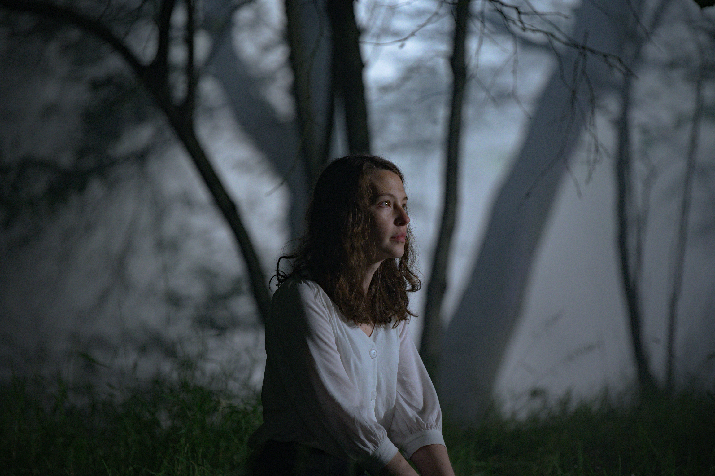 Actress Annes Elwy stars in the supernatural revenge horror film, ‘The Feast,’ which was written by Roger Williams and directed by Lee Haven Jones, who both also served as executive producers.

The struggle of figuring out whether they should be true to their own beliefs and desires, or instead serve their family’s needs, is a relatable morality tale that often drives contemporary films. The upcoming Welsh horror movie, ‘The Feast,’ offers a stark warning about the consequences of both personal and communal greed that audiences around the world can truly understand.

In the supernatural revenge film, Jones and Williams chronicle how people, particularly women, struggle between maintaining their long-held cultural values that give them structure, and the indiscriminate forces of nature that challenge their society’s order. A meditation on family and domestic responsibility versus self identity and selfish greed, ‘The Feast’s is a compelling film that aims to challenge viewers’ consciences.

The movie is also unique in the fact that it’s a contemporary Welsh language feature, and is considered to be the first modern horror feature that was completely shot in the language, which is increasingly being used in its native Wales. Welsh continues to exist today, despite sharing a land border with England and its use of English, the largest spoken language in the world. While many people who are unfamiliar with Wales are unaware of the Welsh language’s existence, the small country’s citizens often feel an individual responsibility to sustain their fragile native language and linguistic ecosystem in the current age of globalization.

The drama had its world premiere in the Midnighters section at this year’s online edition of SXSW. After its debut at the festival, IFC Midnight acquired ‘The Feast’s North American rights, and will distribute the feature over Thanksgiving weekend later this year.

‘The Feast’ follows a family that gathers at their lavish contemporary home made of glass and steel in the Welsh mountains. The matriarch is hosting a dinner party with her politician husband on behalf of a businessman hoping to buy land in the area for mineral mining. Unbeknown to them, the owners of a neighboring farm are the only other guests, and will be charmed into selling parcels of their farmland. The family’s two adult sons are also reluctant dinner party guests. One is a London hipster who’s struggling with addiction issues, and the other is a doctor who’s training for an ironman event.

The family’s values and beliefs are challenged by the arrival of Cadi (Elwy), the young woman they have hired to act as a waitress for the evening. Her presence forces the family and its guest to face their shortcomings and question their relationship with the land they claim to belong to. Cadi’s influence grows in strength, and the family’s behavior becomes increasingly extreme, until they face the horror of what they represent, and tragedy changes everything forever.

Williams and Jones generously took the time during SXSW to talk about writing, directing and producing ‘The Feast’ during an exclusive interview over Zoom. Among other things, the filmmakers discussed why Williams was inspired to write the script, and how Jones approached bringing the story to the screen as the helmer; the process of casting Elwy and the supporting actors, and how they worked together to build the dynamic and relationships between the family, their neighbors and the waitress serving them; and what it means to both of them that the movie had its World Premiere during this year’s virtual edition of SXSW.

Watch our exclusive video interview with Jones and Williams above, and the first clip from ‘The Feast’ below.