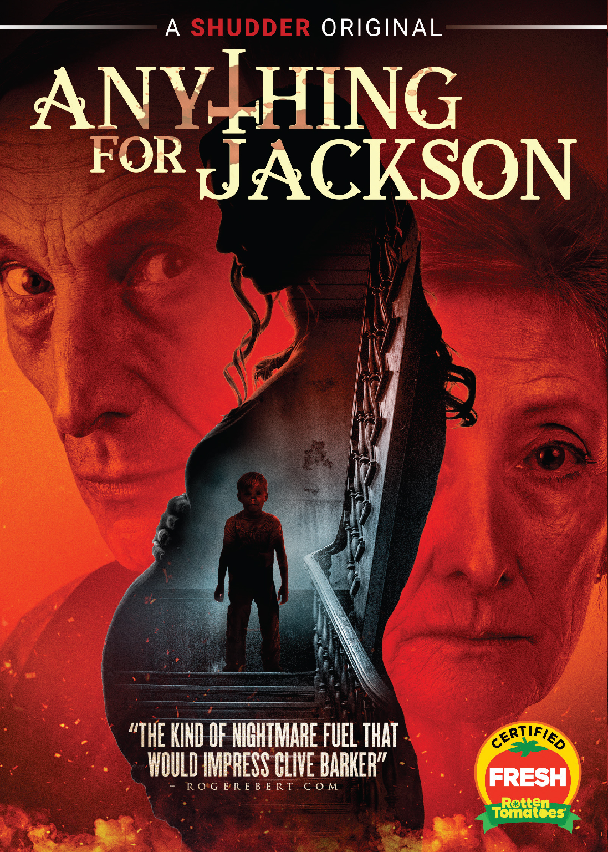 The DVD cover for director Justin G. Dyck’s horror film, ‘Anything for Jackson.’

Contending with the grief over the unexpected death of a young relative can be an emotionally harrowing experience for anyone. But some people will take the drastic step of doing whatever it takes to channel their deceased family member’s spirit as they struggle to move on without them, as is the case for the protagonists of the new supernatural horror movie, ‘Anything for Jackson.’ Following the tragic, accidental passing of their grandson, the title character’s mourning grandparents try to conjure up his spirit, but ultimately only end up causing more agony for everyone involved.

In honor of ‘Anything for Jackson’s disc distribution, ShockYa is offering two lucky winners a DVD of the drama. To enter, email us at ShockyaGiveaway@aol.com. Let us know that you’re entering to win the ‘Anything for Jackson’ DVD giveaway in the email’s subject line, and include your mailing address in the message. You have until June 15, the day of the movie’s release, to enter, and you can enter the contest once daily. On June 15, we’ll pick the winners at random, and notify them through email. Good luck!

In ‘Anything for Jackson,’ after a tragic car accident that took their grandson’s (Lund) life, Audrey and Henry (McCarthy and Richings) are unable to go on without him. Following the guidance of their ancient spell book, the elderly couple decide to abduct a young pregnant woman with the intention of performing a reverse exorcism to channel their grandson’s spirit inside her unborn child. But when it becomes clear the ritual has called upon more than one spirit, the couple realize they have summoned more than they bargained for and must put an end to the evil entity they’ve invoked.