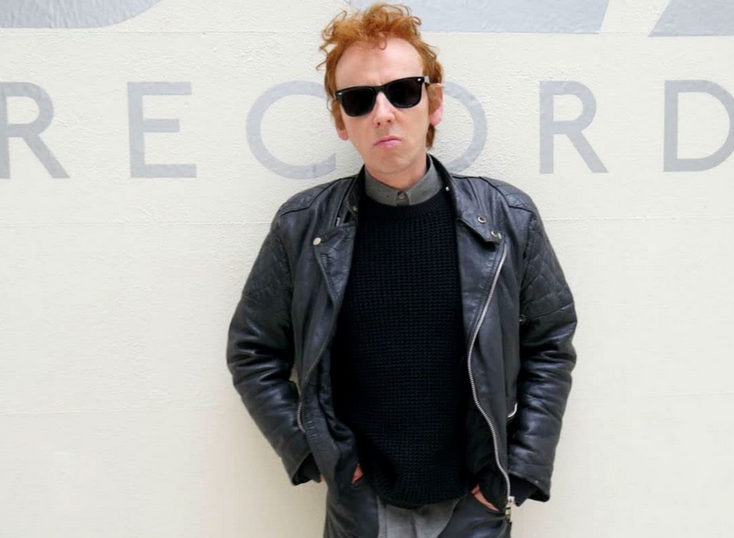 Mixing both the agony and euphoria of rebelling against a society that tries to suppress their innovative ideas can be a liberating experience for prolific visionaries. Music producer and Creation Records co-founder, Alan McGee is one such daring idealist, whose penchant for hard living was instrumental in creating the Brit Pop soundtrack of the 1990s. His transformation from being a working-class Glasgow adolescent with an interest in music and an entrepreneurial streak to becoming one of the most influential music moguls in Britain is highlighted in the new musical biopic, ‘Creation Stories.’

Writer Irvine Welsh adapted the 2013 biography of the same name he wrote about McGee for the screen with Dean Cavanagh. ‘Creation Stories‘ was executive produced by Danny Boyle, and directed by Nick Moran. The movie stars Ewen Bremner as McGee, as well as Kirsty Mitchell, Suki Waterhouse, Thomas Turgoose, Leo Flanagan and Jason Isaacs.

The comedy is having its virtual U.S. Premiere at the Tribeca Film Festival, and is set to begin streaming tonight at 8pm ET on Tribeca At Home. RLJE Films acquired the U.S. rights to the feature earlier this spring, ahead of its premiere at the festival.

Framed by McGee’s drug-fueled mid-90’s trip to Los Angeles, where he sits poolside and reminisces about his past with reporter, Gemma (Waterhouse), about his past, ‘Creation Stories’ tells the true story of the rise and fall of Creation Records and its infamous founder. He was also responsible for supplying the Brit Pop soundtrack to the 1990s, a decade of cultural renaissance known as Cool Britannia.

From humble beginnings to Downing Street soirées, breakdowns, bankruptcy, fights, dodging bailiffs and releasing multi-platinum albums, McGee and Creation Records had it all. During his time working at the record company, McGee embarked on a drug-fueled haze of music and mayhem, as his rock-n-roll dream brought the world such generation-defining bands as Oasis, Primal Scream and My Bloody Valentine.

Moran generously took the time during the Tribeca Film Festival to talk about directing ‘Creation Stories’ during an exclusive interview over the phone. Among other things, the filmmaker discussed that he was in part drawn to helming the biopic because he was interested in working with Welsh on developing his book for the screen, especially since the writer supports the way the director has created rock-n-roll biopics throughout his career. Moran also mentioned that he cherished the opprotunity to work with the movie’s cinematographer, Roberto Schaefer, who found the cleverest way to make every frame in the feature visually interesting.

The conversation began with Moran explaining how he became involved in directing ‘Creation Stories, and what his helming style was like during the production. “What interested me was that I was asked to direct it, which is always a good start,” he shared with a laugh. “With the story, I was very much there in the ’90s with the Brit Pop…I found myself at parties with all of these bands, as well as Alan after he came home from rehab. I was the guy who was in the middle of all of that, so I understood that explosion of Brit Pop.

“The other thing that drew me to the film was that Irvine Welsh, who’s a very famous writer here in the UK, as he wrote ‘Trainspotting’ and a bunch of other novels that have been turned into films, was attached to this movie. He was also a massive fan of ‘Telstar(: The Joe Meek Story),’ my first movie, which was another rock-n-roll biopic about a ’60s record producer,” the filmmaker continued. Welsh “was very much the one who said, ‘You have to get Nick to direct this script.’

“So there was a bit of synergy. I was a guy who was around at the time, and also made a super cool rock-n-roll biopic before, so it was a really good fit,” Moran continued. “What I tried to do was make ‘Trainspotting’ set in Brit Pop, and hopefully that’s what made it work.”

With the comedy being based on the true story of Creation Records and McGee’s rise and fall, the director did some of his own research and preparation into the record label and its founder’s history, in order to properly tell their story. “The first thing I did to prepare was to really hone the script. The first draft of the script was very different, so we did a lot of work on it,” he shared.

“That was really Danny Boyle, who was very instrumental in that process. He was very critical of the script, and said, ‘It needs to be funnier! It needs to be better!,” Moran divulged.

“So I spent a lot of time making my own notes on the script, and worked with Irvine to make it funnier. We also worked to make sure the story made sense, particularly in where the jokes were and if they made sense. So that was an important part of the preparation,” the filmmaker added.

“Another things with the prep for me is that I plan everything before we get to the set. I make little drawings and make a Bible, so that everyone knows what they’re going to film,” Moran also shared. “We had such an impossibly short schedule and such limited funds to make the movie that there wasn’t time for (improvisations). So we had to meticulously plan everything.

“Since I had such an amazing DoP (Director of Photography), Roberto Schaefer, who shot ‘Quantum of Solace,’ I could talk to him and ask, ‘How do we do this? He’d then come up with all of these suggestions in the cleverest way of making every single frame interesting and crazy,” the helmer continued.

“I made sure that every single charater had a really clever, entertaining shot, and we made it work. Most of those things weren’t in the script, like putting the scene in the bank where Ewen’s on a track, rolling backwards, and he’s still in focus. Or in the nightclub where he’s taking drugs for the first time, and that sort of craziness,” Moran added. “Those tricks and shots were all planned. So I knew when I got to a location, I’d have three or four hours to shoot a sequence.

“Another important part of the preparation was the casting. Almost everyone in the movie is a friend of mine, or is someone I know or have worked with before. So I knew that they’d do something funny, or bring something really entertaining to the script,” the filmmaker also noted. “I let the actors feel comfortable on set, so that they could have fun and bring absolute gems to their performances,” he concluded.