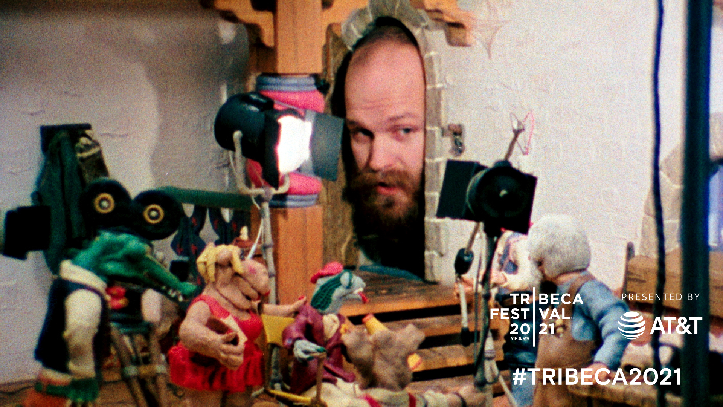 Pushing the boundaries of stop-motion filmmaking in an effort to revolutionize the animation business became the powerful legacy of Academy Award-winning director-producer, Will Vinton. Known for leading the development of claymation in movies and on television throughout his career, the filmmaker took pivotal steps to mold and sculpt his career to the best of his ability, but ultimately lost control of the way his lasting legacy was shaped. The multi-faceted animator ultimately watched the demise of his fame and achievements, in part due to his partnership with an at-first seemingly promising outside investor, which is chronicled in the new documentary, ‘ClayDream.’

Marq Evans wrote, directed and produced ‘ClayDream,’ which is having its World Premiere in the Tribeca Online Premieres section of this year’s Tribeca Film Festival. The movie is currently streaming on the festival’s streaming platform, Tribeca At Home, until this Wednesday, June 23.

‘ClayDream’ follows the life and career of Vinton, who became known as a modern day Walt Disney after he picked up a ball of clay and saw a world of potential. Known as the Father of Claymation, he revolutionized the animation business during the 1970s, ’80s and ’90s.

But after 30 years of being the unheralded king of clay, Vinton’s carefully sculpted American dream came crumbling down at the hands of an outside investor, businessman Phil Knight. Many people are unaware of Vinton’s legal battle with Knight, the co-founder and chairman emeritus of Nike, Inc., which resulted in the filmmaker’s demise. Structured around interviews with the Academy and Emmy Award winning animator and several of his closest collaborators, including Bill Plympton, Bob Gardiner, Melissa Mitchell, Chuck Duke and Craig Bartlett, the movie chronicles the rise and fall of Will Vinton Studios.

Evans generously took the time to talk about writing, directing and producing ‘ClayDream’ during an exclusive video interview over Zoom during the Tribeca Film Festival. Among other things, the filmmaker discussed why he was inspired to make a documentary about Vinton that showcase the animator’s journey of revolutionizing the claymation business, and his fight back against the business decisions that later led to the greatest threat to his company’s survival. Evans also shared what it means to him that the movie is having its World Premiere at the Tribeca Film Festival.

Watch our exclusive video interview with Evans about ‘ClayDream’ above.