The Dalton gang is setting out to become the most dangerous outlaws in America in the upcoming Western film, ‘Death Alley.’ However, their dream is quickly turning into a nightmare, as their town sets out to stop them.

The gang and the town’s fight for survival will be showcased when Uncork’d Entertainment distributes the drama digitally on August 3, and then on DVD on October 5. In honor of ‘Death Alley’s release, ShockYa is exclusively premiering the new trailer, poster and stills for the feature.

‘Death Alley’ follows the Dalton Gang, one of the most notorious outlaw gangs of the 19th century, as it terrorizes the Kansas and Oklahoma territories. They set out to shock the wild west by robbing two banks in broad daylight, at the same time, in the same town. Based on historical events, the film shows that action-packed day of October 5th, 1892, and the stand made by the brave citizens of Coffeyville, Kansas. 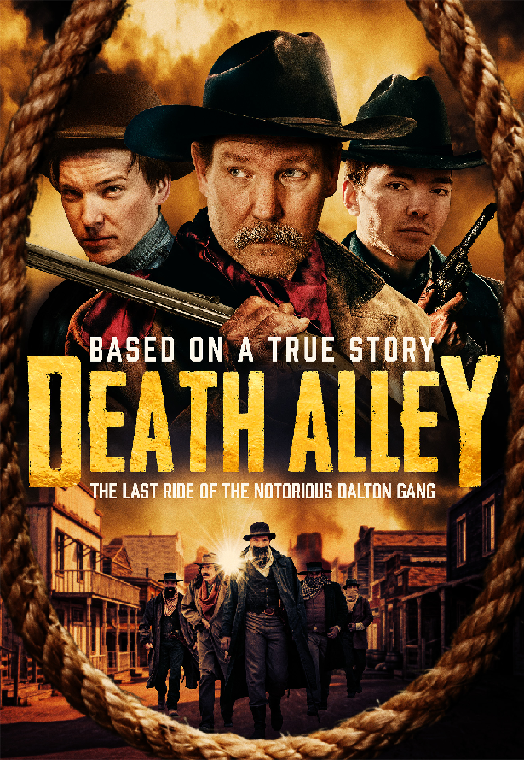