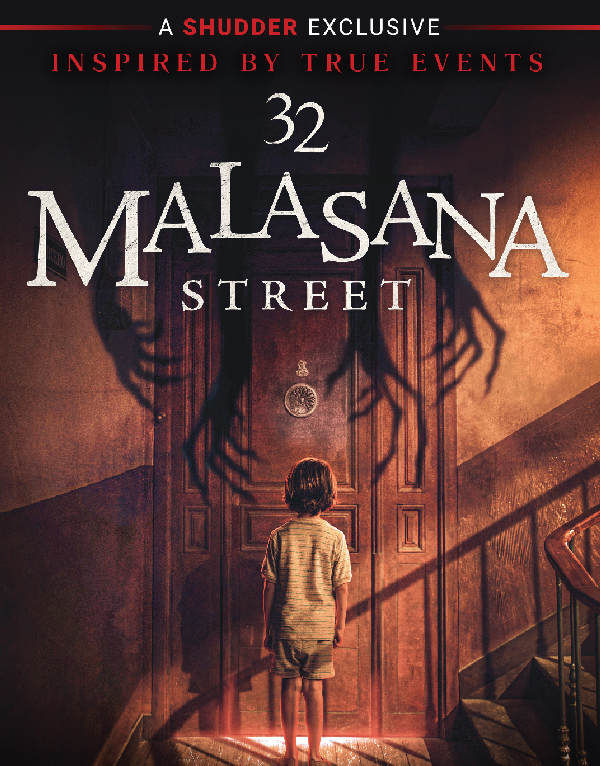 Moving into a new home is meant to serve as a fresh start for families who wish to improve their lives. Unfortunately, the Olmedo family quickly learns the hard way that buying their seemingly promising new home isn’t as fulfilling as they initially hoped in the new horror movie, ’32 Malasana Street.’

RLJE Films is set to release the drama on Digital HD and DVD on Tuesday, July 20. The DVD will be sold for an SRP of $27.97.

In honor of ’32 Malasana Street’s disc distribution, ShockYa is offering two lucky winners a DVD of the movie. To enter, email us at ShockyaGiveaway@aol.com. Let us know that you’re entering to win the ’32 Malasana Street’ DVD giveaway in the email’s subject line, and include your mailing address in the message. You have until July 20, the day of the film’s release, to enter, and you can enter the contest once daily. On July 20, we’ll pick the winners at random, and notify them through email. Good luck!

Inspired by true events, ’32 Malasana Street’ follows Olmedo family as they decide to leave their village behind for a fresh start in the city. They buy an old apartment at the title address at for a suspiciously reasonable price. But soon after they’ve unpacked their bags, they discover something about their new home: they aren’t alone.