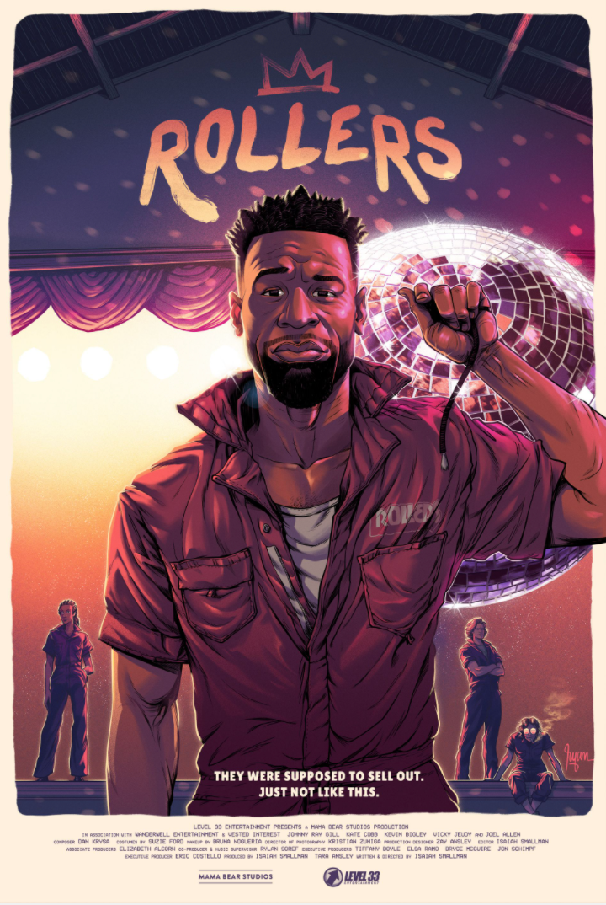 Many adults are often times left feeling as they must forgo their personal ambitions in order to preserve their parents’ dreams and successes. But actor Johnny Ray Gill’s protagonist of Rufus Paisley in the new comedy, ‘Rollers,’ is struggling with the fact that not only did he give up his own professional ambitions in order to honor his parents’ life work, but there are also only a few days left before their business is forever lost. While some people in his life are ready to move on from the business, others are hoping that things always stay the same, which leads Rufus to reconcile his parents’ successes with his own identity before extenuating circumstances do it for him.

Isaiah Smallman wrote, directed, produced, edited and stars in the film, which explores the fact that no one will make it through crises without experiencing the loss of someone, or something, important to them. Besides Smallman and Gill, ‘Rollers’ also stars Kevin Bigley, Vicky Jeudy, Kate Cobb and Joel Allen. The movie is now available to rent and own on North American digital HD internet, cable and satellite platforms, courtesy of Level 33 Entertainment.

‘Rollers’ follows Rufus Paisley (Gill), a closet alcoholic who must contend with the fact that everything he loves is grouped together into his title business. He gave up a promising career as a musician in order to keep Rollers open, but the historic venue, which was once owned by his parents, is in trouble. He’s struggling with the fact that he’s running out of ways to not only save the business, but also himself. His friends urge him to move on, but he’s not sure if he can.

In honor of the comedy’s digital release, ShockYa is premiering an exclusive clip from the feature. In the clip, Donnie (Bigley), wakes Rufus up to discuss the offer they’ve received for Rollers. Rufus instantly turns the idea down, but Ian reminds him that they don’t have many other options. Rufus responds by stating that maybe he can get another personal loan to help with their payroll, but his friend refutes the suggestion. Donnie then reassures his friend that they’ll find a way to save the title business.

Also in support of ‘Rollers’ release, Smallman, Gill and Bigley generously took the time recently to talk about writing, directing, producing, editing and starring in the comedy during an exclusive video interview over Zoom. Among other things, the filmmakers discussed what inspired Smallman to pen the screenplay, and how he later went on to balance his acting, helming, producing and editing throughout principal photography and post-production. Gill and Bigley also shared what elements of their respective roles, as well as the overall script, convinced them to star in the movie, and what their experiences were like of working together on building their characters.