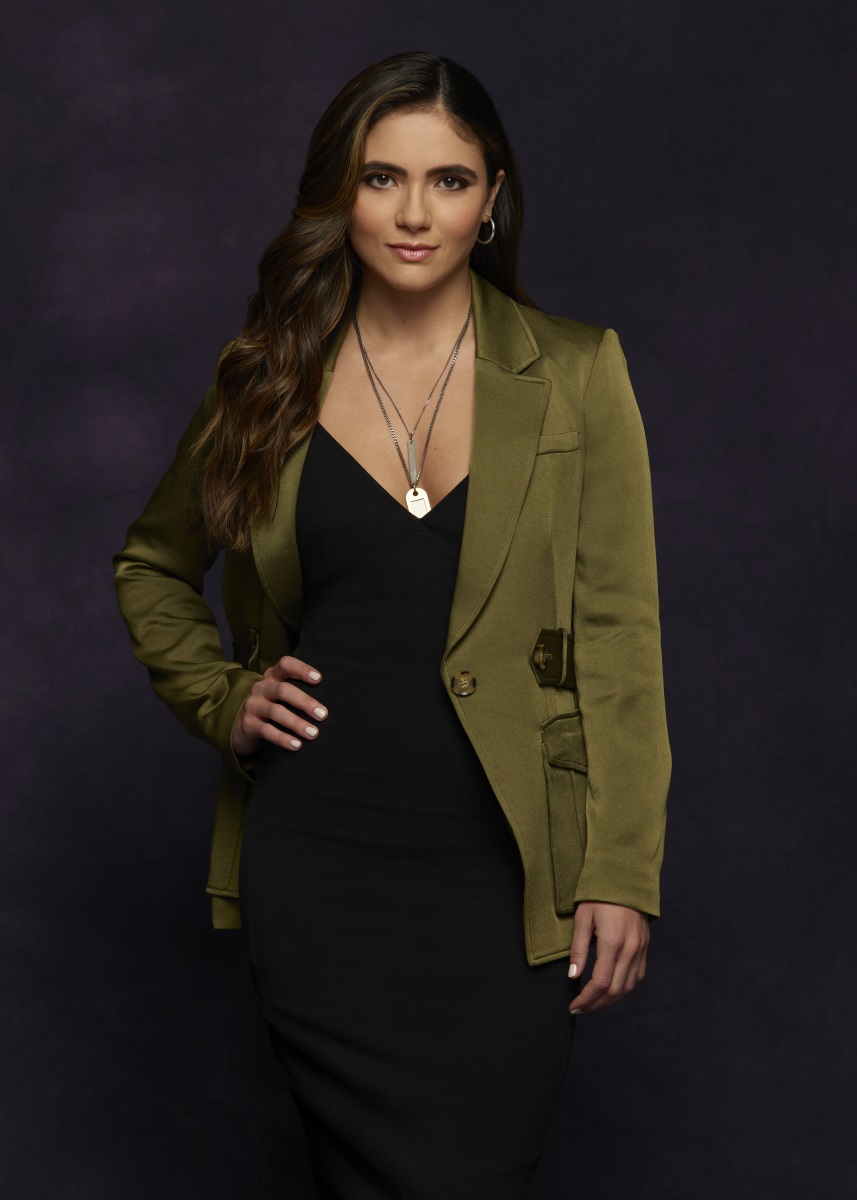 Showtime’s The L Word ran for six seasons from 2004 to 2009, depicting a number of intersecting personalities within the lesbian community in Los Angeles. In December 2019, the network debuted a sequel series, The L Word: Generation Q, that brought back the iconic characters played by Jennifer Beals, Leisha Hailey, and Katherine Moennig and introduced a new crew of younger women and men exploring their lives and their sexuality in today’s climate.

One of the most prominent young players is Dani (Arienne Mandi), a confident self-starter who headed the PR operation for Bette’s mayoral campaign and who is engaged to Sophie (Rosanny Zayas). ShockYa had the chance to speak with Mandi about what being on the show has meant to her, inclusion updates, and what’s ahead for season two.

ShockYa: What’s your relationship with the original L Word series? Did you watch it and did you ever to expect to star in a sequel series?

Arienne Mandi: Oh my gosh! Uh, no, I definitely did not expect to star in a sequel series. Honestly, would be really excited to know back then that there would be a revamp of the series with so many more characters and so much more inclusion in terms of the community and even ages, like having two young characters on the show. Really, if you would have told me that back then, I’d be like, wow, I don’t believe you because I feel like it’s so progressive. I feel like there still aren’t that many shows that have so much inclusion and that speak to so many different groups of people. So I think that’s really exciting and I’m really excited to be a part of something like that. I loved the original show. I thought it was so groundbreaking for its time. Still very iconic, still one of a kind. It’s The L Word! When I got the audition, I was like, oh my god, this is nuts! I want it, please!

SY: Did you have a favorite character from the original show?

SY: Not an easy question, I know.

AM: I loved Carmen, honestly. I think Sarah Shahi is still so great and was so much fun in the original show. So yeah, I love Carmen.

SY: So what appealed to you about the role of Dani particularly?

AM: I think I would put her in a category with a Bette. I think she’s a badass businesswoman who can hold her own and is in a “man’s environment” all day long, just doing her thing and switching up the gender norms. She’s a bit of a bit of a stoic like myself. I think she doesn’t wear her heart on her sleeve and I can totally relate to that. But yeah, she’s just a total badass inspiration.

SY: What did you find most challenging about relating to in her?

AM: Again, having her be similar to myself I think it was very challenging. As actors, we love to step out of our own bodies and do something else for a change, but I think she’s relatively close to who I am as a person. So yeah, I would say, I am a bit more goofy, and in terms of the way I dress, I don’t dress anything like that. I maybe have like two pairs of high heels in my closet, whereas all of Dani’s attire is very polished and lots of high heels. I love to wear sweatpants and workout clothes. I think being similar to this person was a bit tough. There were a lot of parallels to my life that I saw through Dani and it was therapeutic in a way for me to experience these things through Dani but not be so close to them as I am in my own skin. So that was really cool.

SY: Dani’s relationship with her dad and is very complicated. How do you feel about exploring that part of her character?

AM: Her relationship with her dad is indeed very complicated. She didn’t have a mother figure in her life so he was kind of like her north star in all ways. What we see of Dani in the first season is that she never really challenged her father and what he thought was best for her and she never really considered what she wanted for herself until we zoom into her life on the first season of the show and she’s questioning and fighting against what he’s always told her that she needs to have in her life as a partner and the type of person that he wants to see her with. I think in the first season, she does a lot to appease both Sophie and her father, and I think in the second season, it’s much more about Dani doing what Dani wants for her.

SY: Sophie is a big part of Dani’s character arc. What can you say about working with Rosanny Zayas?

AM: So great. We met each other at our chemistry read at the studio and I proposed to her maybe two minutes after meeting her. That was our audition scene. So I think we’ve come a long way from then. I’ve learned so much about her. She’s so giving as an actress. She’s so freaking talented but I also knew that from the moment I met her because she didn’t even know me and in this proposal scene, it felt like we knew each other and we were each other’s person and it was just honestly such a special experience. Growing alongside her as an actress and our characters kind of developing together has been has been really fun. Well, without saying too much, you know things are about to get shaken up in the second season.

SY: You share a lot of scenes with Jennifer Beals. What was that experience like? Was it what you were expecting after having seen her so much and feeling that your characters are so similar?

AM: Yeah. Part of my whole audition process was having a meeting with Jennifer. It was just a sit-down, we chit-chatted for a bit, got to know each other and she was just so cool and so intuitive and well-spoken and so educated and such a good listener. I really appreciate when people are good listeners. I think it’s rare today and she really was all of those things. And we really just clicked. Then getting to be on set with her was the ultimate learning experience. I mean, I learned so much in my time with her and she’s really giving as an actress as well and just really available to try things and encouraging me to step outside of my comfort zone. Yeah, it was really a treat. I never in my mind of a younger person would have thought that I would be working with Jennifer Beals, so that was kind of a dream.

SY: Are there any other member of the ensemble that you particularly enjoy working with?

AM: Unfortunately, I don’t work that much with Leisha or Kate, who play Shane and Alice, but I wish I did because they’re so fun. But I get to see them in passing every now and again and here and there a little bit. Maybe a little bit in season two, who knows? I don’t know.

SY: What has surprised you most about the experience of working on the show?

AM: Hm. Surprised me most. I think what I would learn about myself and the community. I think we have such an open set and I think that it’s a really warm environment for everyone and I come in and I just feel like I’m with my people. I think I’ve also learned a lot about myself as an actor and as a person from season one to season two. There was a lot of development that happened. A lot of tears, a lot of risks, a lot of happiness, just a lot of breakthroughs. Just a really special, once-in-a-lifetime experience.

SY: You mentioned that the show is very inclusive and has a lot of representation. Are there any other shows currently on the air that you feel are doing a particularly good job with that?

AM: God, I feel so awful. I don’t watch a lot of things, unfortunately. I know it’s my job and my career and I should totally watch more, but I don’t know. I don’t really watch a lot of television. I’ve heard This May Destroy You is very inclusive and a really great show. That’s all I know about shows currently.

SY: What else are you working on besides this show right now?

AM: Nothing that I can talk about quite yet, but definitely some exciting stuff on the way. Hopefully soon to be able to speak about.

SY: Are you hoping to do more television or would you prefer to get into film?

AM: I would love to get into film. Just to switch up, because it’s such a different pace. It’s really kind of a different world. You really just get to live a little bit more in these moments. TV has a fun, quick pace, but I think film just allows for you to take a bit more space and explore a little bit more. Yeah, I’d love to dive in just a little bit but also grateful for any opportunities that come my way.

SY: Are there any filmmakers you’d love to work with or any genres that you’re particularly interested in tying?

AM: Oh, man, I want to do some action. I want to fake punch somebody. I want to learn some stage combat sequences, I just want to be a badass superhero. That would be so fun.