Being known as one of Hollywood’s most mercurial actors can often leave a dampening effect on both the person’s career and private life. Satellite Award-winning actor, Val Kilmer is proving that while his decades-long career has led him to live his life to the extreme at times, his overall raw journey has ultimately made his relatable to movie and television fans. The performer’s emotional life pilgrimage is being chronicled in the powerful new documentary, ‘Val,’ which humanizes the obstacles he has faced and overcome throughout his career.

‘Val’ was directed by Leo Scott and Ting Poo, who also served as producers with Kilmer and his daughter, Mercedes. The filmmakers also co-edited the feature with Tyler Pharo. The movie is now playing in theaters, courtesy of Amazon Studios, which will also release the feature on Prime Video this Friday, August 6.

‘Val’ follows the personal and professional lives of Kilmer, one of Hollywood’s most misunderstood actors, as he has been documenting his own life and craft through film and video. He has amassed thousands of hours of footage, from 16mm home movies made with his brothers, to time spent in iconic roles for blockbuster movies like ‘Top Gun,’ ‘The Doors,’ ‘Tombstone’ and ‘Batman Forever.’ This unflinching documentary reveals a life lived to extremes and a heart-filled, sometimes hilarious look at what it means to be an artist and a complex man.

Poo and Scott generously took the time recently to talk about directing, producing and editing ‘Val’ during an exclusive interview over Zoom. Among other things, the filmmakers discussed that they decided to make the documentary after Kilmer asked Scott to digitize the tapes he had shot over the years, and they realized there was enough material to create a comprehensive story about the actor’s career and personal life. The filmmaking duo also mentioned that they were able to interweave clips that the actor had captured throughout his life with the footage they shot in the present day to highlight the most important moments he has experiences.

ShockYa (SY): Together, you co-directed the new biographical documentary, ‘Val.’ How did you become attached to helm the movie? What was the process like of directing the film together?

Leo Scott (LS): I was working with Val on another project; I met him while I was editing a comedy he was in about a decade ago. After I met him during that time, we started working on a Mark Twain one-man play, which he was trying to get on the road and eventually bring to Broadway.

It was around that time that he asked me if I would help him digitize this mountain of tapes that he had stored away. So I agreed and got the tapes from him, and then spent about nine months in my garage digitizing them, with the help of an assistant.

We were making a story around that time about acting, which would also be centered around the Mark Twain character he was really involved with around that time. But we had to abandon that project temporarily when he was dealing with some health issues.

It wasn’t until two or three years later when Ting, who’s a collaborative friend of mine and fellow editor, came to me and said she remembered seeing this material in my garage. She was ready for a meaty project, so we started working on this film.

Ting Poo (TP): This material is the kind of thing you don’t forget. When I first saw the footage that Leo was working with, I suggested that we maybe ask Val’s permission to craft something bigger, like a more comprehensive story about him as an actor and his life. So we went to Val for his blessing, and he gave it.

SY: While you both were preparing to make the documentary, what type of research did you do into Val’s life as one of Hollywood’s most mercurial and misunderstood actors?

TP: We were both pretty big fans of his growing up, and we’ve watched a lot of his movies. But he’s been in over 100 films and television shows, so we haven’t seen all of them, but we’re close to having seen everything. We’ve certainly watched every interview he’s given and talk show he’s been on, and pretty much anything we could find on him.

Besides that, we talked to him and asked him questions. Also, when we found something in the footage that we really liked, we put together a little scene and shared it with him. That way, he’d be able to hear his first-hand accounts and memories on that time in his life, so there would be a lot of back-and-forth in that way.

SY: While you were doing your research into Val’s life for the movie, did you do any interviews with any of his friends and family members, in order to obtain a clearer understanding of his career and background?

Early on in the filmmaking process, we decided to stick to that perspective. As you may notice while watching the film, we never really have any talking heads or interviews with other people; it’s more about Val talking about his own experiences and life. We also got his son to narrate the film

SY: Speaking of Val’s children, his daughter, Mercedes Kilmer, also served as a producer on the film, alongside you both and Val. What was the process like of collaborating with them both as producers on the documentary?

TP: Val has been producing for years. Within the footage, which he has been shooting throughout his life, there’s material that can be used for tons of other documentary. So he was always going to be a producing partner on this film, as it’s his story being told from his perspective.

His kids are wonderful; they brought such wonderful energy to the film. They’re both also talented actors in their own right.

SY: Besides directing and editing ‘Val’ together, you both also served as editors on the feature. What was the process like of deciding what the final version of the movie would look like, including which clips to add from Val’s collection?

LS: You start with writing on paper what you think the film is going to be, and plan it out. But as you begin to evolve throughout the process of making the film, it turns into something else, and that certainly happened on this film.

Obviously, there was also some outside material involved. So the editing process ended up being all about making scenes from all of the footage we had, which allowed us to highlight important moments of his life.

There’s also a present day timeline in the film, which involved us filming him during the time we were putting the story together. A lot of the current day filming was informed by material from the past, as we tried to intertwine the two timelines…

TP: …thematically. We really tried to stick to the scenes and moments in his life that were seminal to his career and evolution as an actor. We also focused on the milestones in his personal life, including falling in love, the loss of a family member and the birth of a child, that everyone experiences.

SY: Amazon Studios distributed ‘Val’ in theaters on July 23, and will also release the feature on Prime Video this Friday, August 6. What was the process like of securing the distribution for the movie?

I don’t think that I even realized how much I missed being in a theater with people and sharing laughter with them. It’s really such a remarkable experience that I hope never goes completely away.

LS: Val was making this film for decades before we were involved, in a way, as he shot the first tape. But when we decided to make the film together, he said from early on that he wanted to show it at Cannes for its first premiere, and that happened. He also said that he wanted to have a cinematic release, as it was important to him. Those two things seemed to end up happening naturally.

We found our partners (production companies) Boardwalk (Pictures) and A24, and then Amazon picked the film up to distribute it. Everyone had a fantastic energy, and it’s amazing how much they believed in the film, and that it’s being released during COVID. Val’s so proud of that because that was something that was so important to him.

TP: At the same time, we’re also big fans of streaming. We couldn’t be more ecstatic about being on Amazon‘s platform, because it will really affect how many people will see the film. I think it’s important to have as many people see the film as possible.

LS: I absolutely agree; we’re so excited for everyone to see the film. 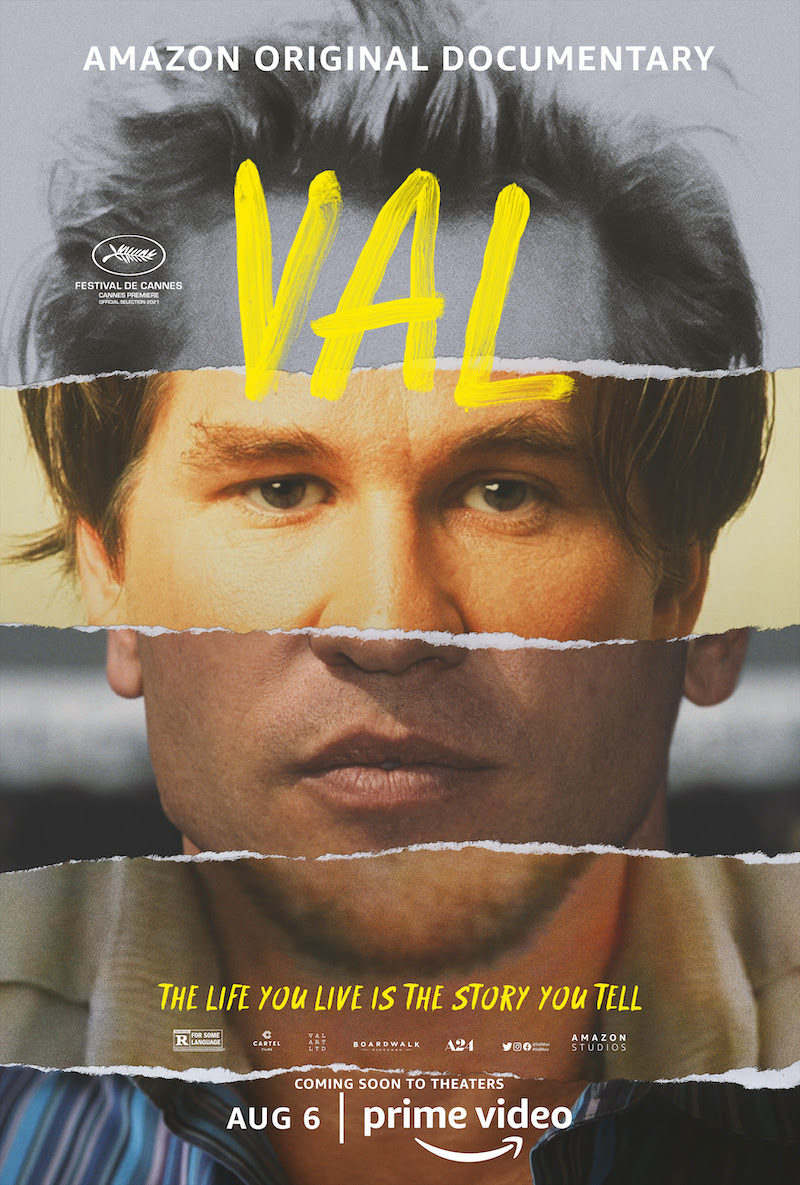