People must often embark on difficult struggles in order to discover who they really are and where they belong in the world. That’s certainly true for the young characters, who are played by Lonnie Chavis and Amiah Miller, in the family adventure movie, ‘The Water Man.’

RLJE Films is distributing the feature today, August 17, on DVD and Blu-ray. The drama’s disc released comes after its day-and-date in theaters and on PVOD on May 7 in North America. ‘The Water Man’ had its world premiere at last year’s Toronto International Film Festival to critical acclaim, and also opened this year’s Urbanworld Film Festival.

In honor of the movie’s disc release, ShockYa is offering three lucky winners a Blu-ray of the feature. To enter, email us at ShockyaGiveaway@aol.com. Let us know that you’re entering to win the ‘The Water Man’ Blu-ray giveaway in the email’s subject line, and include your mailing address in the message. You have until next Tuesday, August 24, to enter, and you can enter the contest once daily. On August 24, we’ll pick the winners at random, and notify them through email. Good luck!

‘The Water Man’ marks the feature film directorial debut of David Oyelowo, who also starred in the feature and served as a producer, alongside Oprah Winfrey. In addition to the Primetime Emmy Award-nominated actor, the drama also stars Rosario Dawson, Lonnie Chavis, Amiah Miller, Alfred Molina and Maria Bello. The movie’s Black List script was written by Emma Needell.

‘The Water Man’ follows Gunner (Chavis) as he sets out on a quest to save his ill mother (Dawson) by searching for the title mythic figure, which possesses the secret to immortality. After enlisting the help of a mysterious local girl, Jo (Miller), they journey together into the remote Wild Horse forest, but the deeper they venture, the stranger and more dangerous the forest becomes. Their only hope for rescue is Gunner’s father (Oyelowo), who will stop at nothing to find them, and in the process, will discover who his son really is. 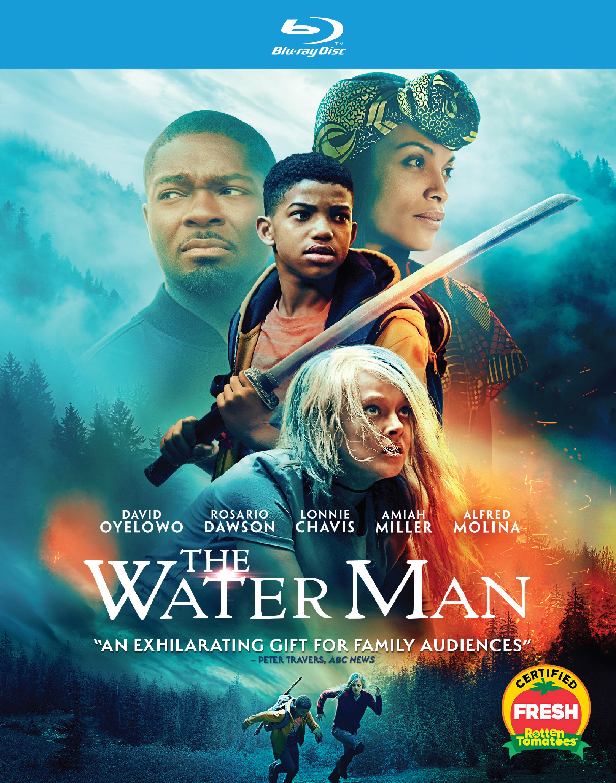