Sometimes doing the moral thing in life can end up leading to financial and emotional struggle. That’s certainly the case for actor Justin Etheredge’s protagonist of Payton in the upcoming drama, ‘Good.’

Gravitas Ventures is set to release the film in theaters and On Demand this Friday, September 3. In honor of the movie’s distribution, ShockYa is debuting an exclusive clip from the feature.

In the clip, Payton is enjoying coffee with his employer, Gregory (Keith David), at their local diner. During their conversation, Payton reveals that he enjoys eating at the restaurant because his late grandmother used to bring him there after their church services. He then reminisces about how she raised him after his mother died when he was a child, as he never knew his father. He adds that he spent the last of his money for her funeral services a couple of years before, as he felt it was the least he could do for her, but he’s been in debut as a result ever since.

In addition to starring in ‘Good,’ Etheredge also wrote, directed and produced the feature. In addition to Etheredge and David, the drama also stars Nefetari Spencer, Kali Raquel, Christen Sharice and Sarah-Scott Davis.

‘Good’ follows Payton, a young Black man with a chance to marry into the upper echelons of Black society. But first he must abandon a secret, an unborn child with an ex-girlfriend. He is in desperate need of money and time away from his fiancé, who knows nothing about the baby. He finds a solution in wealthy and stubborn Gregory, an elderly regular from his favorite late-night diner.

Hired by Devereaux’s estranged daughter as his caretaker, Payton quickly becomes Gregory’s confidant, and Payton’s problems seem to disappear. But as Devereaux nears death – with the wedding and the baby’s birth fast approaching – Gregory’s past sins force Payton to reckon with his own decisions as a man. He must finally choose: marry rich, or do what’s right. 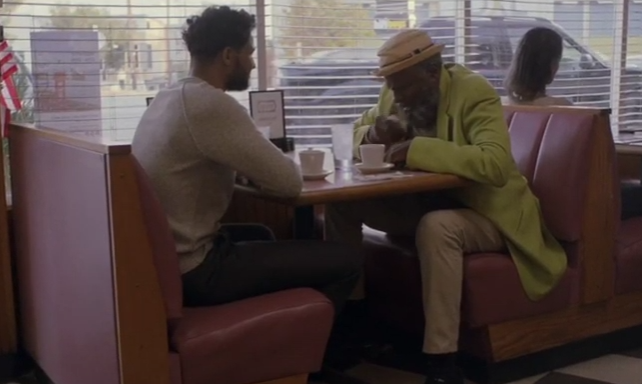