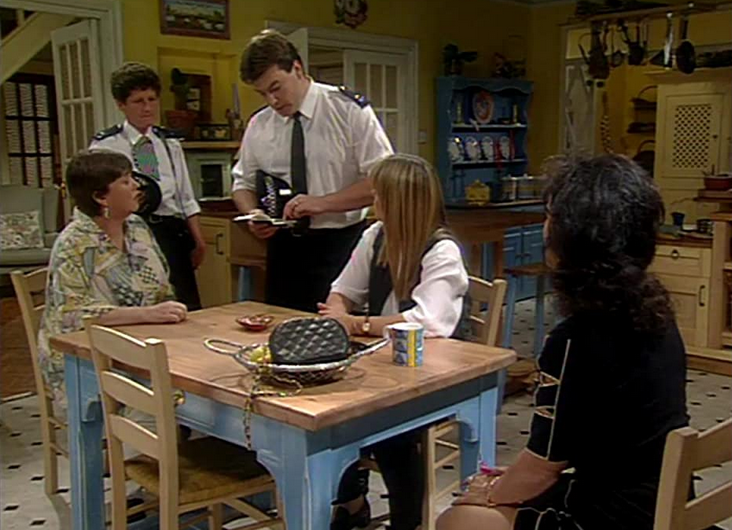 Lesley Joseph, Pauline Quirke, and Linda Robson star on the ‘Still Waters Run Deep’ episode of the British sitcom, ‘Birds of a Feather.’

Repeats of ‘Birds of a Feather’ are now being broadcast on the Drama channel on Swissx TV. The latest episode to air on Swissx TV can be streamed tonight at 12:20-1:00pm local time. It can be watched live, or recorded and watched at a later time.

The sixth episode of Series 12 of ‘Birds of a Feather,’ which is titled ‘Still Waters Run Deep,’ was written by Geoff Deane, and directed by Terry Kinane. The episode shows that the pool business is going swimmingly, but Sharon and Tracey (Pauline Quirke and Linda Robson) may have trouble handling everything.

Cancel reply
A Cajun Werewolf Makes its Presence Known to Humans in the Woods in Skinwalker: The Howl of the Rougarou Exclusive Clip
Madeleine Sims-Fewer Realizes the Price of Retribution is High as She Tries to Stop Toxic Masculinity in Violation Blu-ray Giveaway
To Top