The most powerful, thought-provoking horror movies are often those that flip genre tropes to examine on screen the very nature of violence that can truly happen in real life. The new psychologically-driven drama, ‘Violation,’ is one such powerful example of a genre feature that includes a strong-will female protagonist who’s determined to do whatever it takes to stop toxic masculinity from overpowering her life.

RLJE Films is set to release the drama next Tuesday, September 21 on Digital HD and Blu-ray. ‘Violation’s Blu-ray, which will be sold for an SRP of $28.96, will include several bonus features, including the ‘Meet the Filmmakers’ featurette and a Toronto International Film Festival introduction.

In honor of ‘Violation‘s Blu-ray release, ShockYa is offering two lucky winners a Blu-ray of the movie. To enter, email us at ShockyaGiveaway@aol.com. Let us know that you’re entering to win the ‘Violation’ Blu-ray giveaway in the email’s subject line, and include your mailing address in the message. You have until next Tuesday, September 21, the day of the Blu-ray’s distribution, to enter, and you can enter the contest once daily. On September 21, we’ll pick the winners at random, and notify them through email. Good luck!

In ‘Violation,’ Miriam (Sims-Fewer), whose marriage is about to implode, returns to her hometown to seek solace in the comfort of her younger sister and brother-in-law. But one evening, a tiny slip in judgement leads to a catastrophic betrayal, leaving Miriam shocked, reeling, and furious. Believing her only recourse is to exact revenge, Miriam takes extreme action, but the price of retribution is high, and she is not prepared for the toll it takes as she begins to emotionally and psychologically unravel. 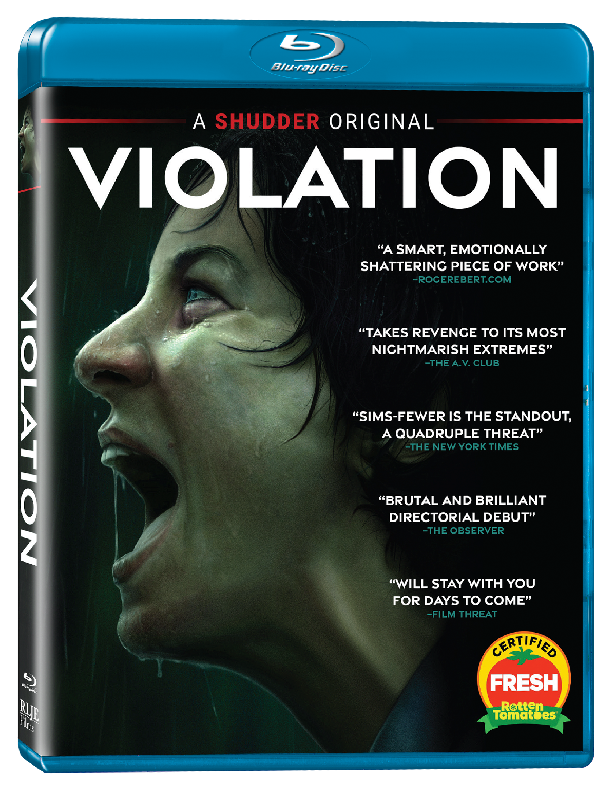