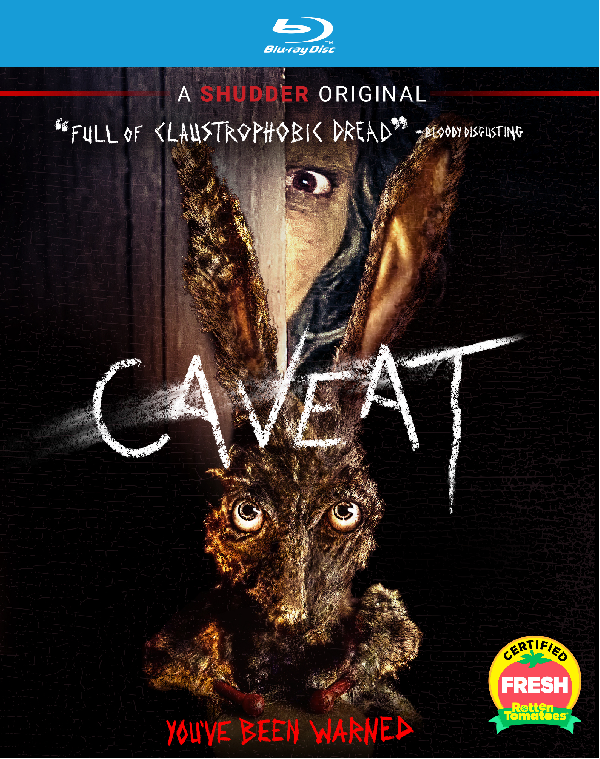 Sometimes the best way to defeat the life-threatening danger in the present is to overcome the long buried, traumatic memories of the past. That’s certainly the case for actor Jonathan French’s protagonist of Isaac in the new horror film, ‘Caveat.’ His frightening journey to protect his life will be revealed when the drama’s released on Blu-ray and DVD next Tuesday, November 16.

In honor of ‘Caveat’s home release, ShockYa is offering two lucky winners a Blu-ray of the feature. To enter, email us at ShockyaGiveaway@aol.com. Let us know that you’re entering to win the ‘Caveat’ Blu-ray giveaway in the email’s subject line, and include your mailing address in the message. You have until Tuesday, November 16, the day of the movie’s release, to enter, and you can enter the contest once daily. On Tuesday, November 16, we’ll pick the winners at random, and notify them through email. Good luck!

‘Caveat’ follows Isaac, who’s in desperate need of money, as he accepts a job looking after his landlord’s niece, Olga (Sykes), for a few days. But there’s a catch: he must wear a leather harness and chain that restricts his movements to certain rooms in order to protect Olga’s extremely frail mental state. Once left alone with Isaac, Olga exhibits erratic behavior, while he makes horrific discoveries in the house that trigger a deeply buried, traumatic memory.